Home
News
Album Review: White Lies – As I Try Not To Fall Apart
7/10 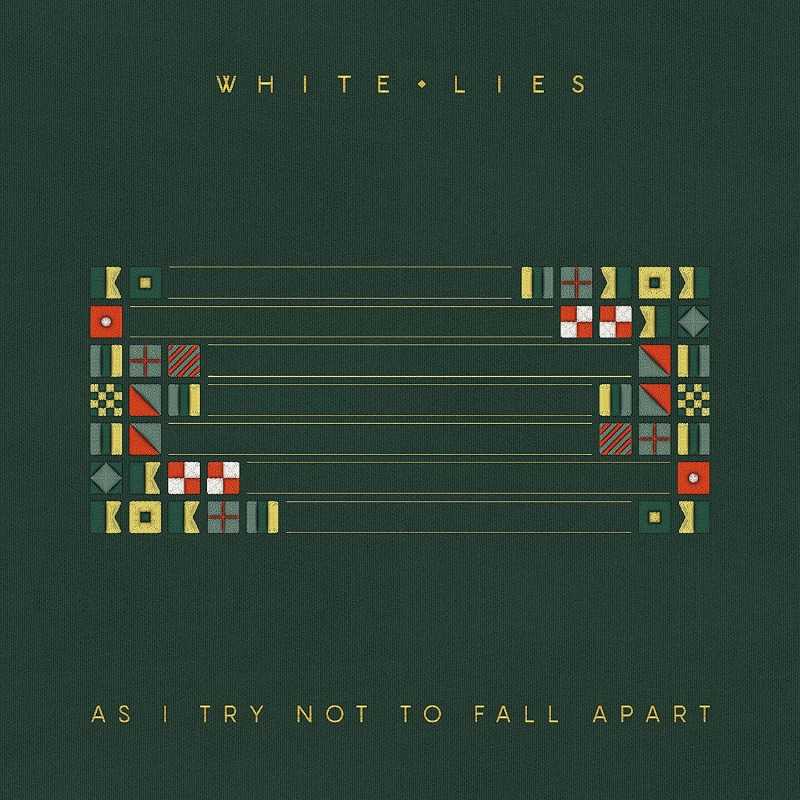 If there was a sniff of modishness about White Lies at the point of their late noughties’ breakthrough – retro synth pique, unhealthy lyrical obsessions, signed to The Cure’s Fiction label – then almost a decade-and-a-half later, they should be congratulated for their goddamn perseverance.

Recorded with long-time collaborator Ed Buller, plus additional help from Claudius Mittendorfer (Weezer, Panic! At The Disco), here all the swatches which make them so readily identifiable on pub jukeboxes everywhere are lined up in familiar order again, a repeatable formula which not unsurprisingly delivers predictable results.

They don’t necessarily help themselves: this is the outfit whose debut album contained singles titled To Lose My Life and, even more bluntly, just plain Death, and though collectively all three of them have survived any Final Destination-esque brushes with you know what, thematically croaking it is still the flame their moth can’t stay away from.

We open very much on message with the rumination that is Am I Really Going To Die (we’re not making this up), which contains the unmissable couplet: ‘Life…it holds a whip and beats you to the clock/But why it picks on mine, is an unfairness I can’t miss off’.

And yet whilst reading like something from a lonely Year 9’s creative writing project, the song sounds great, a grade 1 banger which turns its pretense into a form of validation. This often-repeated message to the listener is that even if one of the four horsemen might have your number, you can always block him until he actually gets his pestilence filled ass down to the club.

Abandon hope – and indeed any attempt to process this credibly – here then. Do that and you’ll be rewarded with a dance party that you can invite both the goths and the popular kids to.

The title-track wields a trad bridge-and-chorus structure, pneumatic synths and sort of disco feel, whilst Blue Drift revives the 80’s, which isn’t really necessary, but still sounds great in the process, like something from one of those retro band reunited shows where Dave the singer ended up back in Rochdale after a failed acting career.

Like most get togethers there’s a lull in the middle quality wise through the awkward Step Outside and Roll December’s drastically overblown doom-funk, whilst There Is No Cure For It is the either the antidote or second dose of the opener’s lyrical gubbins, a kitchen sink of a track which as the Frankenstein is already built seems to have been made using all the bits that were left over.

The thing is that doing more or less the same thing for a while means you end up getting either lucky or pretty good at it. In this case the apex moments are not really new beginnings but well-worn paths done right; The End is a funereal, Robert Smith-esque requiem delivered with perfect soul, but it’s I Don’t Want To Go To Mars – ostensibly about billionaire egomaniac Elon Musk – that tops the tree, a perfect rawk-dance hybrid that bulleyes the target labelled ‘Our Big Song’.

As I Try Not To Fall Apart is an album that floats like Interpol but stings like A-Ha, one that White Lies have been delivering on a remarkably similar wavelength since 2008, which was also coincidentally the year Paul Newman and Eartha Kitt…erm, died.