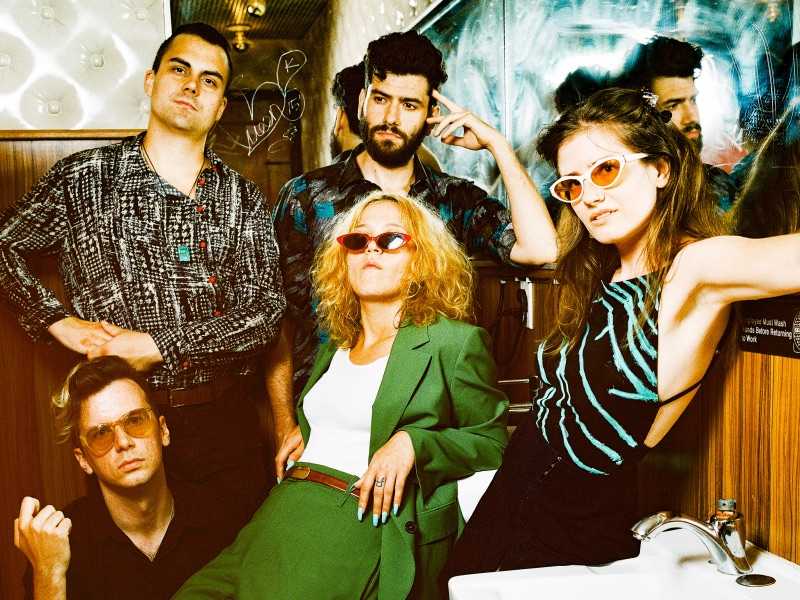 “‘Thrown’ was an attempt at a self-portrait track,” Bodega’s Ben Hozie explains.

Bodega are streaming their new track Thrown online as they continue preparations for the release of Broken Equipment on March 11th.

“The older I get the less I trust my own thoughts and perceptions of self,” Hozie adds. “I realise most of my values and judgments come from the records, films, books, and advertisements I have consumed my whole life.

“Recognising this ‘thrown-ness,’ while slightly disturbing, has been a source of inspiration for my creative mind. If the mind can only output what has been presented —> provide it with the proper input. You can remake yourself entirely at the drop of a (top) hat.

“The inputs I selected for this lyric: James Joyce and Bob Dylan. The music, to me, is a synthesis of many of the stylistic motifs our group has developed over the past few years: syncopated bass over a slow-shifting sea of guitar harmonics, violent guitar spams with machine influenced but human-played drums; plus male/female vox alternating between spoken text raps and melody.”