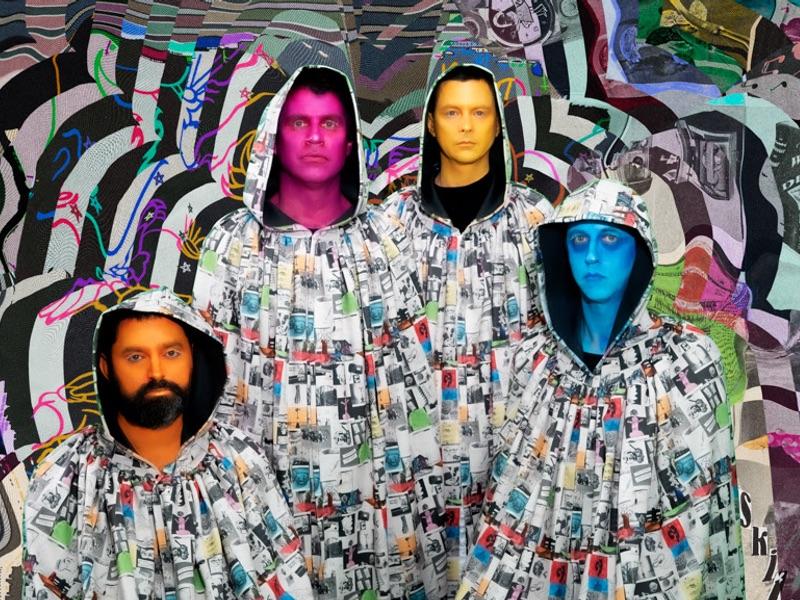 Animal Collective will tour the UK and Europe during November 2022.

After a summer appearance at Mad Cool Festival, the headline dates start in Ireland before UK shows in Bristol, Manchester and Glasgow, after which the tour moves on to mainland Europe through to November 27th.

Meanwhile, a video for Time Skiffs album track Strung With Everything has been premiered, directed by Abby Portner.

“Recently for Animal Collective’s live shows I have been designing and animating all of the video content out of cut paper,” Portner says.

“I have been editing together symbols and coloured static silhouettes that match the music’s feeling and rhythm. The videos are like pictographs that tell a story organically and simply. For the Strung With Everything video we wanted to continue with this process to match the style of the band’s live shows in a music video.”