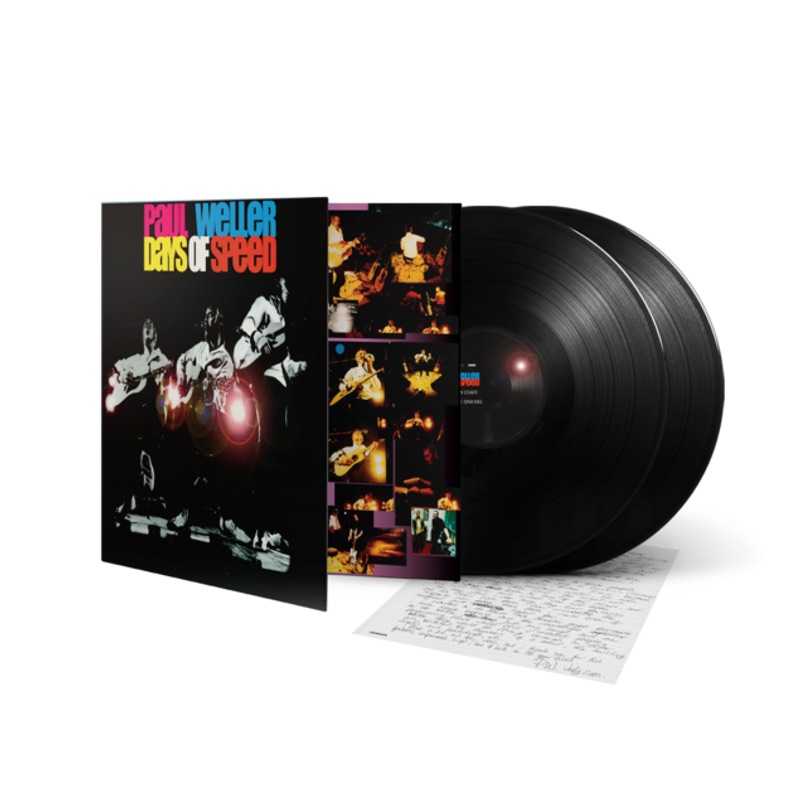 Cast your mind back, dear reader, to the British music scene of 20 years ago.

The Britpop bubble had well and truly burst, and maudlin music set to acoustic guitars was the order of the day. Travis and Coldplay were kings of the castle, with the likes of Starsailor and Turin Brakes clawing for their crowns, while The Strokes and The White Stripes had kicked open the door for a new generation of American groups to break hearts and blow minds.

While the Britpop generation were either hiding behind cartoons (Albarn), counting the cost of excess (the Gallagher brothers) or on their last legs (Pulp, Suede, et al), the so-called Godfather Of Britpop, who had seen it all before, was at yet another crossroads.

The 1990s had largely been kind to Paul Weller, with deference paid by the younger generation to the ‘elder statesman’ (in his 30s for most of the decade) alongside a trio of well-received albums.

Yet 2000’s Heliocentric came and went with little fanfare or praise (not a bad album – Paul Weller is incapable of that – but certainly not his best), and was the last of his deal with Island. Once again finding himself without a record contract, Weller took the opportunity to take stock of his career to-date.

And like most music obsessives, his way of taking stock was by touring; in the spring of 2001 Weller toured Europe armed only with his acoustic guitar, the results of which made up his second live album, Days Of Speed.

With setlists spanning his entire career, the album features 20 cuts from the tour and, tellingly, opens with 1998 single Brand New Start, a track which perennially sums up his ethos.

An all-encompassing and shrewd tracklist does enough to placate the hardcore fans with some hidden treasures while enticing more casual listeners by including some hits.

Of those hits from his solo career, what Out Of The Sinking loses in percussion it makes up for in energy, while You Do Something To Me is perhaps even more tender stripped back.

Wild Wood, meanwhile, is almost a carbon copy of the studio version. In the 1990s, Weller was renowned for focusing on new music and rarely performed tracks from his days in The Jam (or, to much less disappointment, The Style Council), so the inclusion of a raucous That’s Entertainment and a euphoric Town Called Malice was manna from heaven, with Weller even indulging in a crowd singalong for the latter.

Yet it’s the inclusion of the lesser-known tracks that make for a more rewarding listen Clues, lifted from his solo debut, features a near-flamenco section in the middle that displays his underrated skills as a guitarist, as does Everything Has A Price To Pay.

There’s No Drinking After You’re Dead (only a year old at the time but hardly revered) has a jittery energy on its parent album, but the intent of the song (Weller’s struggles with alcohol) is showcased superbly here.

The passing of time empowers English Rose with further gravitas, as the improvements in his vocal range allow Weller to do more with the notes while simultaneously underlining the song with a grizzlier timbre. Lastly, Carnation (given fresh legs by a Liam Gallagher/Steve Craddock cover in 1999) is full of malevolence which the lack of electricity does nothing to allay.

Revitalised, Weller’s sixth studio album followed in 2002 but, once again, Illumination failed to make much of an impact.

Much had changed in the British music scene, with the emergence of The Libertines, The Coral and others, with other game-changing rock groups (Arctic Monkeys, Franz Ferdinand etc.) waiting in the wings.

At the time, Illumination sounded trad in comparison, but time has been kind to it. A dry, autumnal album which may largely lack energy but doesn’t need it, there are still a few gems within.

Lead single It’s Written In The Stars was built around a simple brass loop that was an earworm before the phrase was widely used, and the rollocking A Bullet For Everyone contains one his most menacing vocal performances, aided by a rare use of double-tracking. Going Places opens the album with gusto, yet again propelling things forward.

Sadly, it does tail off after a promising start; Leafy Mysteries was a functional single that sounded like a leftover from his Heavy Soul period and, as such, feels like treading water.

The largely instrumental Spring (At Last) is as dull as dishwater, All Good Books is as exciting as the title suggests and the most interesting thing about One X One is the presence of Noel Gallagher and Gem Archer from Oasis, who sadly can’t elevate a slog of a song which meanders for five minutes without going anywhere aside from a mildly interesting mid-section.

Fortunately, another guest, Kelly Jones of Stereophonics, adds some welly to proceedings with his gravelly tones elevating a decent song in Call Me No.5, while Standing Out In The Universe is as widescreen as intended and its zest comes as welcome relief after an arduous mid-section of the album.

In their own ways, both Days Of Speed and Illumination were necessary albums for Paul Weller to make. The former gave him time to take stock and re-evaluate, while the latter had to be ridden out to pave way for another purple patch commencing with 2005’s As Is Now (via a covers album).

It’s a purple patch that one of Britain’s greatest songwriters is still enjoying, therefore making both these albums important chapters in his story.