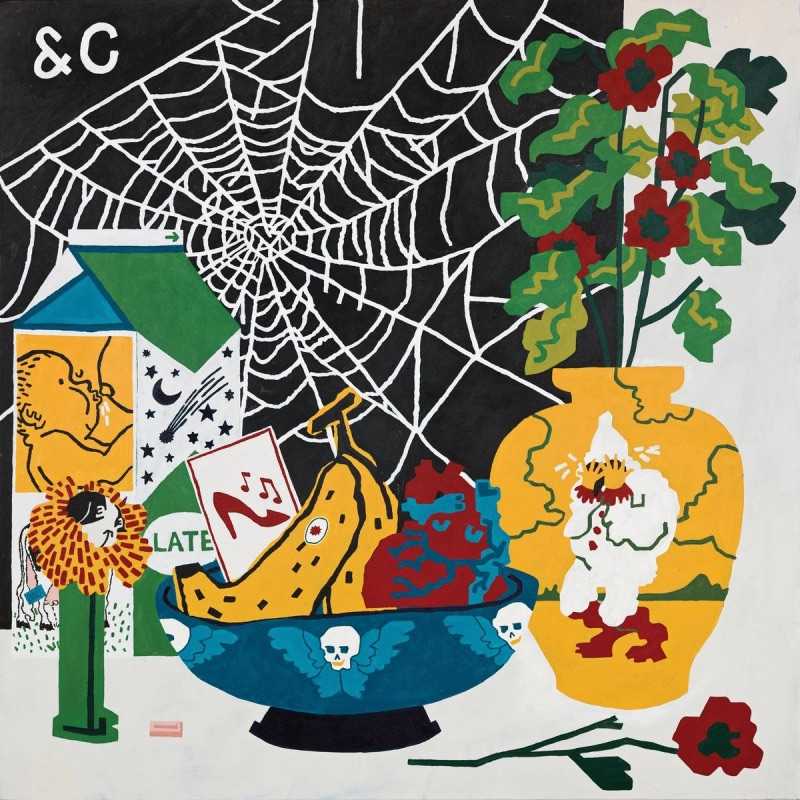 Over the course of their ten-year, six album career, Parquet Courts have largely been purveyors of New York garage/indie/punk/art/dance (delete as appropriate) rock, to varying levels of acclaim.

As other staples of those genres have found, the boundaries can only be pushed so far before a complete divergence away. In addition, their last album – 2018’s Wide Awake – saw them achieve a level of acclaim and respect which had been well-earned and therefore foolish to sacrifice.

But trotting out the same thing album after album is surely as boring for the artist as it is for the listener (unless you’re an Adele/Ed Sheeran/Coldplay fan of course), so on Sympathy For Life, Parquet Courts have opted to showcase their ‘dancier’ aspects. Co-frontman Austin Brown confirmed as much recently: ‘The clubs are open again. It’s time to get back to dancing.’

Kudos for developing their sound, and indeed there are many new sounds and vibes contained within Sympathy For Life, but the problem is that it isn’t very…danceable. It’s a curious album that doesn’t quite know on which side of the fence it sits, with the sequencing reflecting that. Often a more experimental track (i.e. one driven by electronica rather than guitars) is followed by something much more recognisable.

Walking At A Downtown Pace opens things stylishly, the percussion rattling and clattering along with the pent-up pace of the title itself. As before, the rest of the band chip in on vocals when required, albeit with a smidge more intent than before.

It feels like a remnant from Wide Awake!, which is no bad thing. Home Sapien a slight song smothered in fuzzy sonics and ear-piercing guitar that, although ultimately inconsequential, keeps the blood flowing. Likewise, Black Widow Spider is standard CBGBs rock fare, all punk chords and brio but differentiates itself with a Jim Morrison-esque, louche vocal from Andrew Savage.

Meanwhile, Just Shadows is slower but more of the same, with a rudimentary beat that ensures it’s soon forgotten while Zoom Out provides some energy, if no pace. So far, so Parquet Courts.

It’s the experimental stuff that piques the interest, if not the feet. Marathon Of Anger is anxious digital minimalism which isn’t comprised of verses or choruses, rather layers of sound which transcend and then disappear. Indeed, the last minute is simply beeps reminiscent of a sonar scanner and, like the rest of the track, is curiously hypnotic and immersive, with a David Byrne-style vocal.

Similarly channelling Talking Heads, Plant Life is subtle at first as afrobeat percussion and funk bass meander in and out, as do snippets of distant conversation. It’s beguiling but probably outstays its welcome at nearly six minutes.

Best of all is Application/Apparatus, which sounds incredibly serious, with the vocal consistently in the same pitch so as to sound robotic like Kraftwerk, before leading out to a distortion-driven climax.

The remainder of the album, and sadly the last sequence, fail to keep the attention. The title-track is a slice of shuffling funk that is functional but no more, and the pensive Trullo is so pensive and quiet it’s barely there. Lastly, Pulcinella, while undoubtedly the most heartfelt track on the record, meanders limply and promises a pay-off which never arrives.

The lyrical content tackles familiar issues, such as capitalism (Black Widow Spider, Just Shadows), and newer topics like the murder of George Floyd (Marathon Of Anger).

With such a laudable approach to their lyrics and to musical experimentation, one could never criticise the band for flippancy or insincerity but, ironically, by musically hedging their bets, Parquet Courts are temporarily in stasis.