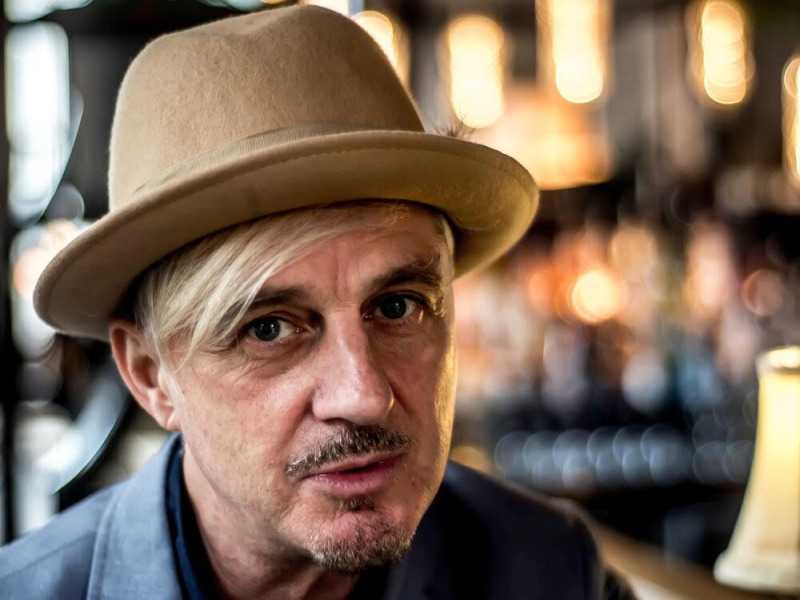 Coming up this November, Happy Mondays drummer Gary Whelan will be putting on a number of live shows, playing acoustic versions of some of the band’s legendary songs.

We caught up with him to get the lowdown on these upcoming events.

You’ve got a couple of Happy Mondays acoustic shows coming up – the ‘Undrugged’ versions. When are these taking place and where can we catch you?

I have a couple more waiting to be confirmed too; Salford City Football Club on Tuesday, 23rd and Sunday, 26th in Tydsley near Worsley at the Hop & Hazelwood. Then I go back to Canada and start again in March.

How have you picked out the songs to cover, and what else will be on the setlist?

Step On, Kinky Afro, Dennis and Lois, Loose Fit , Bob’s Ur Uncle, God’s Cop, Hallelujah. It’s difficult turning Mondays tunes to acoustic because there are no basic holding chords – Mark Day plays random madness! So I listened to the remixes and took the chords from the string sections or bass lines.

I keep it quite sparse and raw musically, Bob Dylan style, as it’s quite busy lyrically so some are just two or four chords to lay a platform for the vocals. As Lou Reed said, ‘Anything more than two chords is jazz’.

Also, this must be the first time Happy Mondays tunes will be played acoustically, which is going to be great, putting a whole new vibe on the songs we know so well.

Well I did in fact ask the band if anyone wanted to be involved with this when I first started and nobody did. We’ve never done an acoustic before, I don’t think it ever interested Mark. In fact, I’ve never seen him with an acoustic guitar, it’s just not his thing.

So what was it like for you reverting Happy Mondays classics into acoustic, did you find anything new or surprising when doing so?

It was good stripping some of the tunes back as it reminded me of when we actually wrote them together, the origins of each song. Like Hallelujah – we wrote that when we had just returned from Ibiza in the late 80s, I remember it originally having a Balearic feel, very slight of course, though that then disappeared.

So for the acoustic version I give it a slight ‘Balearic Ibiza’ feel, again though very subtle. I haven’t gone all Andre Segovia! Plus, I’ve also taken the ‘feel’ from some of the band’s remix versions when putting these together.

How about vocals on these tunes, any slight changes when laying them down to acoustic?

The singing has a strange timing that doesn’t always follow the chord changes, so that was strange but of course I have for decades been playing these tunes and co-wrote them so, you know, it was already in the blood.

I mastered the vocal timings quite quickly really but it was sometimes at odds with the rhythm of the guitar, which is one of the things which made those tunes work in the first place really, making them so different. You can tell a good song when it works acoustically, when it’s slowed down and stripped naked.

But also on top of the songs, in fact in between them you’ll be doing a live question and answer session with the audience, which is going to be somewhat interesting when it comes to going over Happy Mondays history, surely?

Yes, some of the gigs will be structured Q&As accompanied by a host. And with others I will tell stories in between playing about the writing of the songs, and it’ll probably digress from there.

And yes, I’m up for discussing any questions asked – there’s many myths about the Mondays, some true, some utter nonsense. Many things are actually much crazier than myth and some are completely false. I actually think it will surprise a few people, all from my perspective of course.

Over the years you’ve also written, recorded and released songs like Show Me The Truth as well as forming groups such as The Hippy Mafia, to today with The Magic Village made up of you, Johnny Evans and Wayne Edwards. So anything new coming up, are you still writing and recording new material?

I am finishing writing the book on my experience of growing up the youngest in the band and my coming-of-age. The book is called All My Friends Are Junkies and it will end around Pills ‘n’ Thrills era, then book two will begin. I’m also recording a few Mondays acoustic/electro versions to go with the book. Free with the book, a soundtrack if you like.

I will then release my solo stuff, which some people keep saying sounds like Pink Floyd but I have honestly never listened to Floyd. Though recently I started listening to Roger Waters’ solo work and I can see the comparison there.

Is he an artist who influences you, acoustically?

I like Roger Waters’ solo work because he is such a raw vocalist and musician, he is not a precise or perfect musician, I like that. He is not the best guitarist or singer but the best composer, and I love that. Dylan, Cohen, Lennon the list goes on. It’s the place I feel comfy, my love is the composing and lyric writing and the art, not the technical musical noodlings.

And lastly, this winter sees Happy Mondays go on the road on a tour with fellow legendary Manchester band James. A band that the Mondays in fact first went on the road with back in the mid 80s.

Yes, the Mondays/James tour, I think we are on very early as James do play long sets each night, so not sure how many will get to see us as we’re on at 7.30 I think, and doors are open at 7pm. James do put on quite a huge show though, with screens etc, we will just turn up and do our punk set.