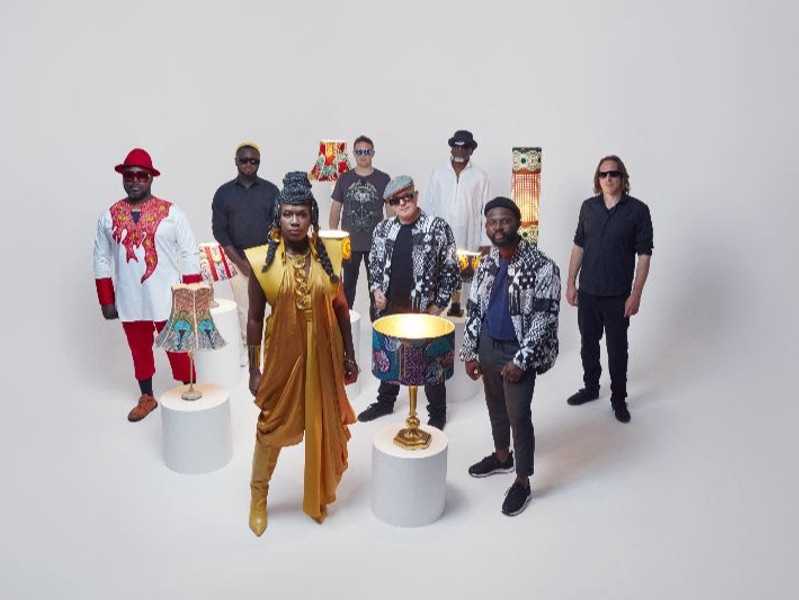 Ibibio Sound Machine recorded it with Hot Chip at the group’s studio.

Ibibio Sound Machine have released a new single entitled Electricity to go with news of UK tour dates in 2022.

“Even in trying times, ‘without love, there’s no electricity’,” Eno Williams says. “This one started out as an idea to mix Afrobeat with Giorgio Moroder–style synth vibes.”

“The end section with Alfred’s korego (Ghanaian 2-stringed folk guitar) solo was already there when we got into the studio, but then we added the big kick drum that happens underneath and Owen from Hot Chip’s crazy drum machine percussion at the end, which gave it a futuristic Afro feel when mixed with the more talking drum parts.”

The UK tour, meanwhile, is due to take place during late March and April next year.