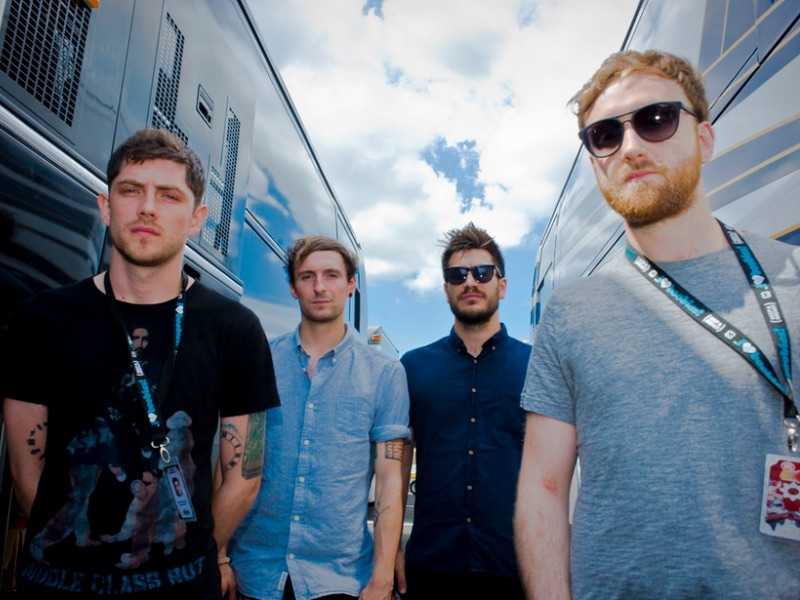 Twin Atlantic have returned today with their new single Bang On The Gong.

It comes with a video directed by Nick Afchain, and is shared not long before the start of a headline UK tour later this month.

“We let the director take the lead and he imagined Bang On The Gong as an old seedy 70’s TV show,” Sam McTrusty explains. “It’s very tongue-and-cheek, which matches the song because the track doesn’t take itself too seriously.”

“It’s been so much more relaxing letting people who inspire you take the reins, instead of others doing it for you, and it allows for everyone to feel much more invested in the project.”

“I could taste the cigarettes for about 3 days after the shoot! 90% of the people in the studio that day were some of my best mates, which was a new experience. I felt really proud of everyone involved on a personal level.”