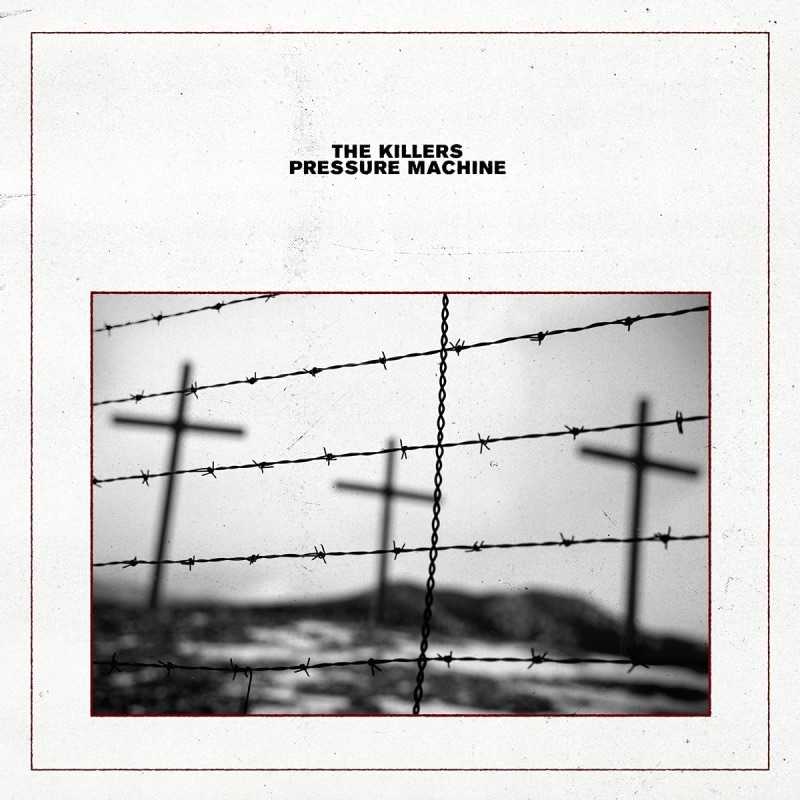 Is the small town really there, or is it a fraud? Just a ghostly echo of what you yearned for it to be when you once knew it?

The Killers’ new album – their second inside a year after last summer’s Imploding The Mirage – holds a mirror up to just such a place in Nephi, Utah; singer Brandon Flowers’ adolescent home and whose residents are interspersed throughout it like wildflowers growing amongst roadside weeds.

These are the people of Sam’s Town, not the faded showgirls and card sharps on the tumbleweed strip, but their sons, daughters and wives who pick up the pieces when things inevitably go wrong.

Pressure Machine features snippets of conversation with them between its songs, giving the stories an authenticity and grit that Flowers’ bombast, however sincere, has in the past often flown over at 30,000 feet.

There’s a grainy, almost documentary-esque feel as a result. To the band’s credit as an outfit who’ve made a reputation on flogging high concepts to the masses, it’s a brave artistic pivot, supposedly with Springsteen’s unvarnished, lo-fi classic Nebraska as a template.

The sketches are intentionally rough; opener West Hills marches like a military tattoo, the theme of escaping Mormonism’s suffocation however possible amongst Utah’s brush and desert – in this case via ‘hillbilly heroin pills’ – lifting the curtain on a world many outsiders will fail to recognise.

A mouth organ then gently adorns Quiet Town, but as a pair of high school kids are killed when hit by a train, pretend-Nephi’s god-fearing residents are using prescription drugs as the cure for the accident’s wide-ranging collateral damage. Here are secrets: everywhere brave faces, but with little secrets in medicine cabinets or darker places no-one else knows.

Under these skies, keeping the truth from anyone where everyone knows everyone is harder than in a city where being anonymity is an impermeable shield. On Terrible Thing, Flowers recalls how gay kids he grew up with felt so claustrophobic they imagined suicide was a better option than catching a Greyhound, its fireside guitar and tenderness a reminder that inclusivity was then and is still now an illusory option for many.

Unlike its more collaboration heavy predecessor, Pressure Machine’s only guest star of note is Phoebe Bridgers, whose studied calm adds a poignancy to Runaway Horses but also reminds us that the general lack of female voices is a missed opportunity to tell stories from the other side of the glass.

There is an obvious risk when basing an entire record around experiences which were so subjectively lived, but this isn’t Flowers totally pulling up the drawbridge on fans who made Mr. Brightside part of the 21st century’s cultural furniture.

More familiar especially will be In The Car Outside, the singer returning to his go-to higher range and tremulous delivery, the chorus about a room on fire or some such dangling metaphor.

In Another Life recalls vintage Tom Petty – a move you’d surely have expected long before it introduces itself – whilst the title-track looks wearily at the ever-increasing velocity of parenthood, and even features some guitar from the previously AWOL Dave Keuning.

Over there, shimmering on the horizon, is a place made up from only memories, held together by dreams and with all the texture of stardust. Pressure Machine finds The Killers navigating a maze which no longer exists but still has dead ends and backfires for company.

It’s to their credit that they make much sense of it at all, even if their most ambitious project in years falls well short of a perfection it could never achieve.