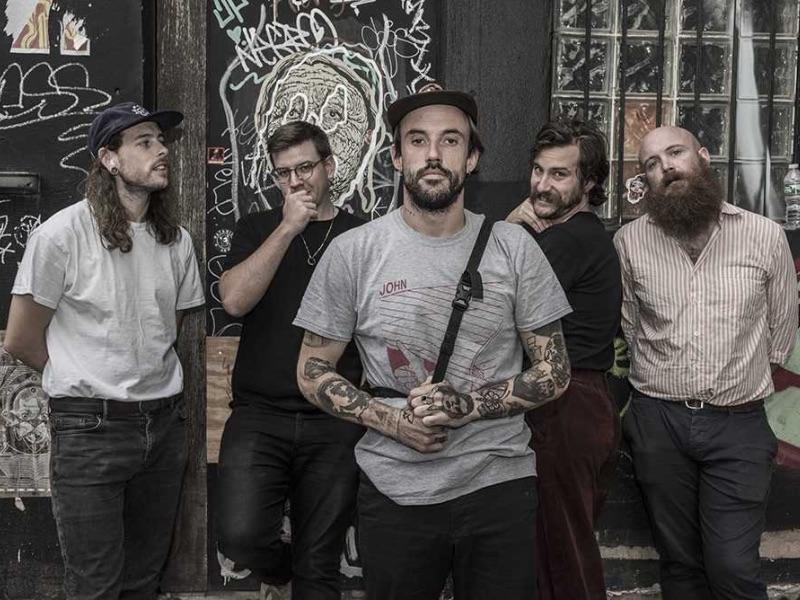 It brought the curtain down on Idles’ latest episode of Balley TV.

Idles were joined by slowthai for a live version of Model Village recorded in the Old Vic Tunnels at House Of Vans in London.

slowthai was a guest of Joe Talbot on the show along with Katy J Pearson, Deep Tan and Nuha Ruby Ra as they showed their support for the performing arts sector which has been so negatively impacted by the pandemic.

“Yes, it’s a very obvious metaphor, but railing against ‘gammons in the village’ who are ‘just saluting flags cos it’s British’ does seem a line in the sand which can only fuel a perpetual culture war,” we said of Model Village in our Ultra Mono album review.

“Punching down (in terms of morality) is not such a good look for a band who are all about inclusivity. That said, the track itself rivals Danny Nedelko as a bona fide anthem which will not only sound monstrous live when sung by a crowd, but also when we can dance the night away in indie clubs once again.”

“Like a juddering Franz Ferdinand covering The Rat, it’s the most polished thing they’ve done, regardless of the lyrics.”