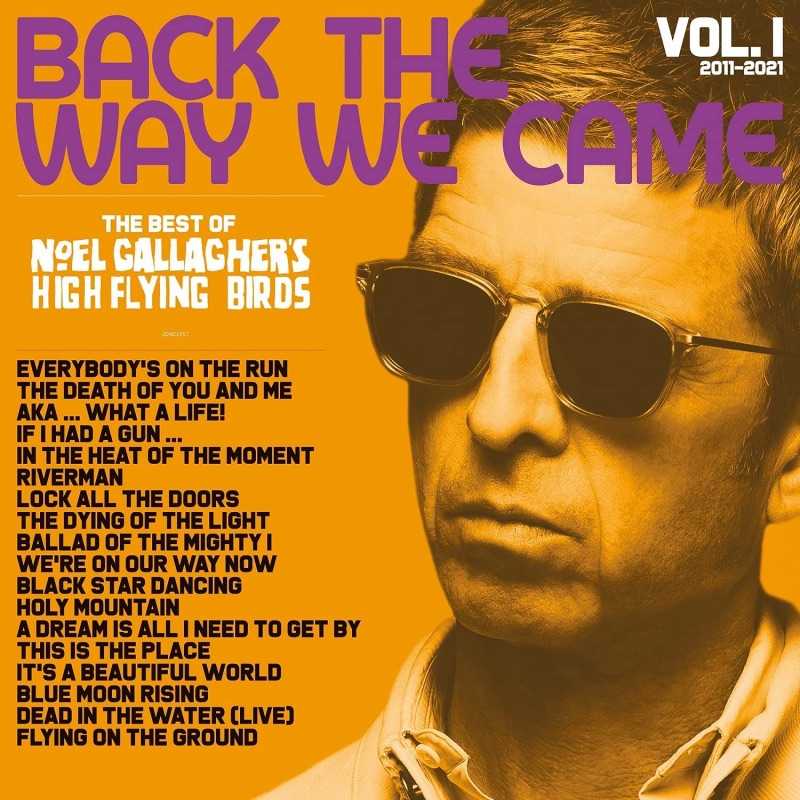 Upon launching his solo career in 2011, Noel Gallagher found himself in a position he hadn’t occupied for nearly twenty years: facing an unknown future.

Oasis’ cycle was unwavering; write, record album, tour, repeat. Whatever the virtues of their material (which were frequently decried), the iconic band could always rely on sell out tours and playing to the masses.

Ten years on, we have a clearer picture. Liberated by numerous different factors, Noel Gallagher has simply reaffirmed his position as one of the UK’s foremost songwriters, ably demonstrated by this retrospective.

The grandiose Everybody’s On The Run may be lyrically insignificant (his default setting of preaching positivity, but is more about bombast and scale, completed by a sublime string arrangement.

His first solo single, The Death Of You & Me, take its cue from The Importance Of Being Idle, but the inclusion of some New Orleans jazz hinted Gallagher was tip-toeing away from the confinements of his former band.

In contrast, AKA…What A Life! was a giant leap away from stadium rock. His first step towards ‘cosmic pop’, it’s a thumping slice of piano-house and an unlikely anthem which now seems pedestrian compared to what came later.

If I Had A Gun…, meanwhile, is a slice of pure, guitar-driven Gallagher romance that was written during his Oasis days. A beautiful piece of work, many knots were surely tied with it as the soundtrack.

On second album Chasing Yesterday, Gallagher further broadened his horizons. While In The Heat Of The Moment was a big, anthemic, stinging pop single, and Lock All The Doors was left over from the 1990s (and perhaps the only tracks included that could have benefited from his younger brother on lead vocals), both stirred the sort of primal emotions that Gallagher has easy access to.

The Dying Of The Light ranks as one of the all-time classic flag-wavers, with a sumptuous, melancholic melody which references Dylan Thomas, proof that Noel Gallagher isn’t the luddite of public perception. It perhaps suffers from being drowned in levels of unnecessary production, but the melody and message are still strong enough to captivate.

Riverman was an odd choice for a single, but is unique in the canon; a swampy, saxophone-featuring, Pink Floydian mini-opera which may lack impact but oozes maturity.

Meanwhile, the driving Ballad Of The Mighty I was another tentative step forwards with a throbbing bass hook and whip-cracking percussion to create a fine slice of electro-rock, with added garnishes by Johnny Marr.

Then things got really interesting. The third High Flying Birds album (the David Holmes-produced Who Built The Moon?) divided Noel Gallagher’s fanbase like never before, although this was largely due to the successful return of his younger brother to the musical fray.

Such are the times we live in, many fans opted to choose one brother over the other; as Liam Gallagher was releasing music much more in the vein of Oasis, he was able to pick off the elements of the fanbase who were opting to choose between their heroes.

The bulldozing, boisterous, heavy-glam Holy Mountain perhaps overstepped the mark in terms of Gallagher’s unabashed plagiarism (pilfering from the legendary Ricky Martin), but it rang the changes in style and remains a wonderful pop single, while the Chemical Brothers-doing-Elbow It’s A Beautiful World, complete with a French spoken-word segment by High Flying Bird Charlotte Marionneau (The Scissor Queen), is a rare example of Gallagher going for sound over song.

Undeterred, the follow-up EPs further threw caution to the wind with their variety, but with influences still firmly displayed. The shimmering, electro-disco Black Star Dancing was his most direct Bowie tribute, and on the bubbling, jangly This Is The Place he paid equal deference to long nights spent at the legendary Hacienda.

The two recent singles bookend Disc Two; the elegant We’re On Our Way Now, whilst crying out for a middle eight, is a timeless ballad, and Flying On The Ground sees Gallagher recall his inner Bacharach (a long-held idol) with lavish production and a string section fulfilling the role of guitar solo.

The inclusion of Dead In The Water, which sat forgotten for two years, best typifies the appeal of Noel Gallagher. A spontaneous moment of yearning melancholia, and an unquestionably great song, it fulfilled its function as a B-side/bonus track until its genius became apparent, and its positioning as the penultimate track suggests that he knows his fanbase: even if the post-2017 work isn’t to everyone’s tastes, everyone will stick around for it.

An area of his songwriting which even the perennially-confident Gallagher is dismissive of, this collection spotlights several lyrical highlights (as well as a few clangers) that cover faith, the mechanics of a relationship, regret and even some philosophical profundity (‘beauty in truth is hard to find/some of us bleed it and some of us need it to find a way,’). While he may specialise in the big payoff, Gallagher is capable of hitting more nuanced spots too.

Ultimately, this excellent collection of music demonstrates that, for Noel Gallagher, it has always and will always be about the song first and foremost, yet the last decade has emboldened him to vary the delivery method.

Fittingly for such an eventful journey, the way we came gives no sign as to where we are going.