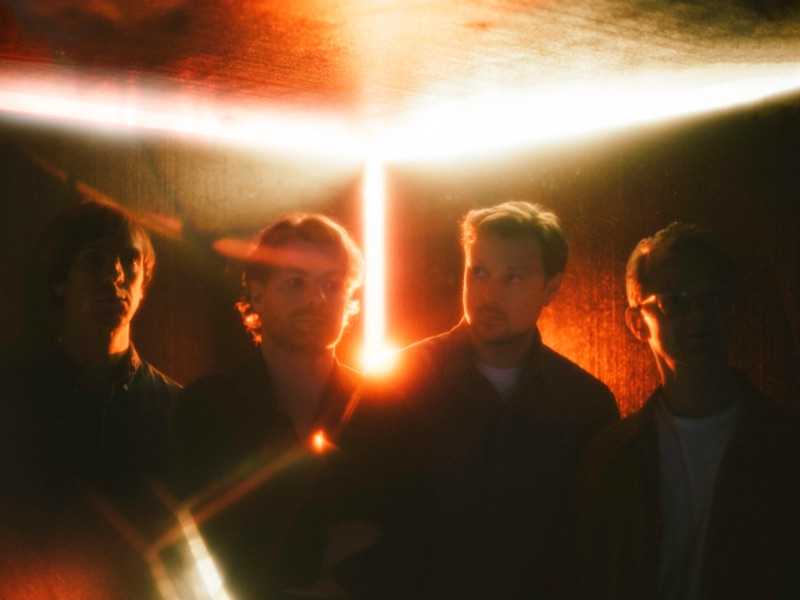 Django Django released Glowing In The Dark back in February.

Django Django have premiered a video for Kick The Devil Out and unveiled a steel pan rework of their recent album track by Fimber Bravo.

“As soon as I read the Django’s brief for this I was like, YES! Apart from having to get 50+ shots done in one day this is the kinda thing I love directing and planning out,” the promo’s director Jack Barraclough says, taking inspiration from classics such as Beastie Boys’ Sabotage.

“It was fun to take on the screwball comedy genre and cram lots of details into the video so it rewards repeat viewings, and you can enjoy spotting the continuity errors.”

“Even though it’s a ‘silly’ concept, it is a hard thing to get right and make work – there’s a well established visual language to the genre that we were drawing upon and everyone – the cast and all the crew, did an amazing job pulling this together.”