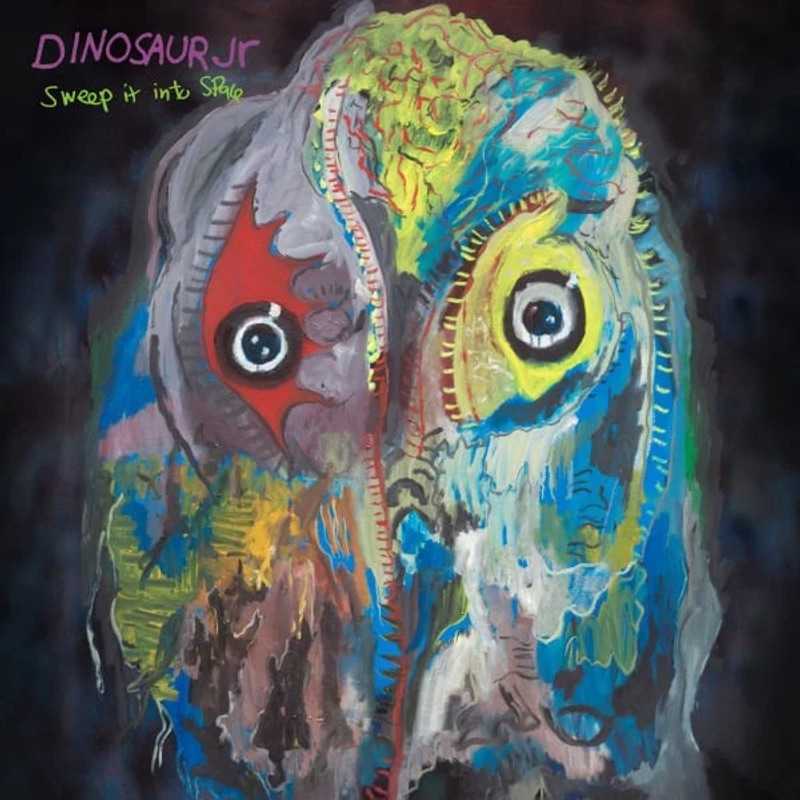 The twelfth Dinosaur Jr. studio album has been released today on New Music Friday – check it out right here via Spotify.

J Mascis announced the latest Dinosaur Jr. record back in February after completing Amherst’s Biquiteen sessions initially in the company of Kurt Vile, the spirit of those sesssions kept alive after Vile departed by Mascis simply, ‘just mimicking a few things he’d done’.

“The band, for their part, seem happy to be one step removed from politics in general but sonically, despite the disguises, their work has always deep down been a work of fully functioning pop,” our review reads.

“This odd-until-you-think-about-it chimera comes in several forms; in I Ran Away (with Vile guesting on 12 string guitar), whimsical meets a bludgeoning guitar solo which could’ve been uncorked a few decades ago, bringing to mind Neil Young in one of his more vulnerable periods.”