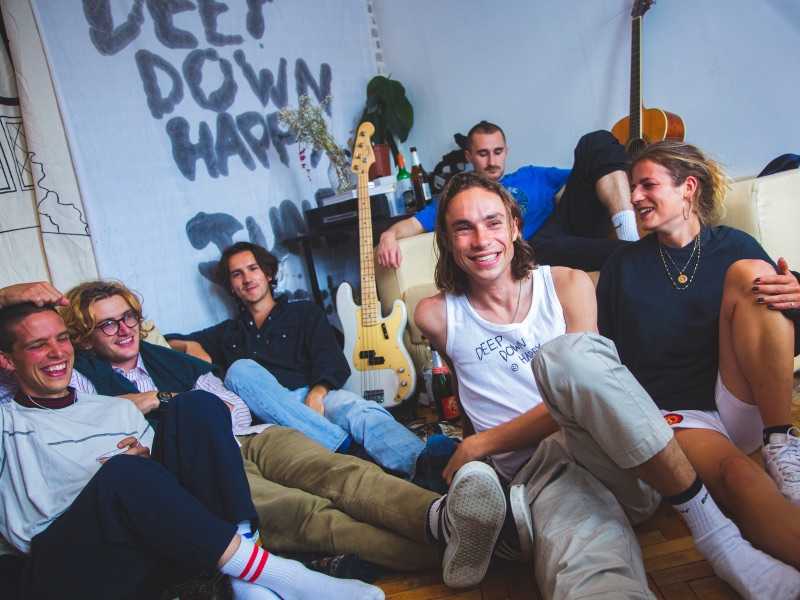 There’s always going to be a asterisk next to albums released in 2020. Ones never able to take the usual course in life; toured, performed to fans, evolved over hundreds of live gigs here, there and everywhere.

Some, no doubt, cruelly lost to memory altogether without the leg-up of a tour, or boost of a festival circuit.

For Sports Team, the full potential of what Deep Down Happy could’ve achieved may never be known. If it certainly wasn’t lost to history (the awards nominations and chart placings seeing to that), then the spectre of one of Britain’s best live bands touring a fresh-out-of-the-box, raucous first record certainly was.

At least now, nearly a year on, the band should finally be able to get the album out on the road having confirmed the details of a rescheduled UK and Ireland tour to go with the festival dates they also have their fingers crossed for this summer.

“Cash your chips,” they say. “Sanitise your retinas. And get aaaaalllll the way down for 7 nights in heaven. Hearts and minds. Light lager.”

“Your friends and enemies coming together around one band… Sports Team. God’s own band. Lay your head down in the manger and sleep easy on…rescheduled tour dates (featuring a 3 week ‘stop to refuel’ in Glasgow). Yeah strap in…”