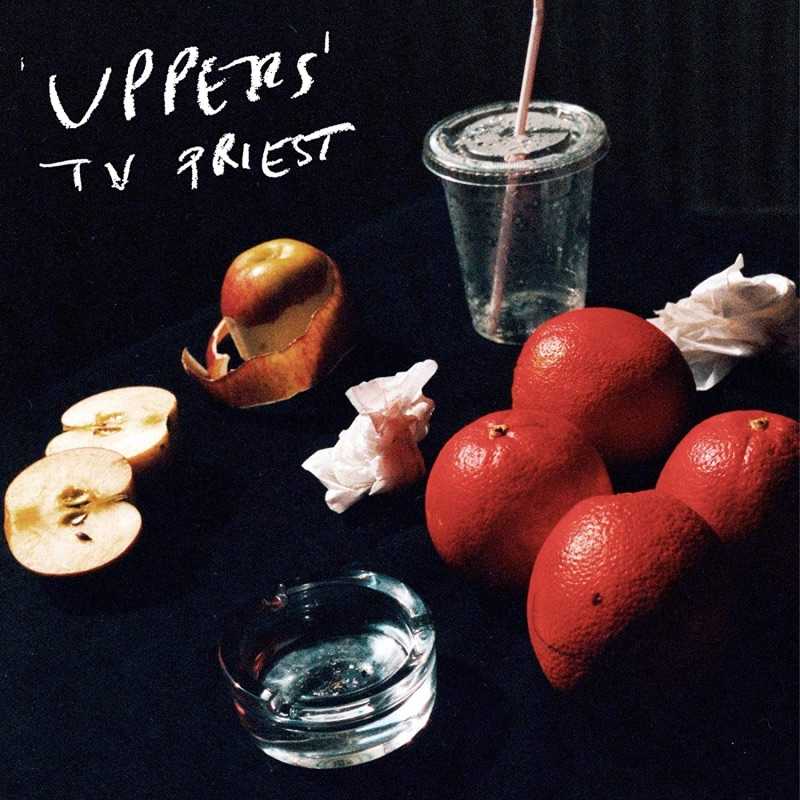 Already crippled by the pandemic, the Brexit deal leaves musicians facing a future that’s even more uncertain, being forced to drown in the bureaucracy of visas and permits before they even board the bus to perform in Europe. That’s if there’s any venues to play at.

There’s no doubt about it, things are beginning to get very grim for our favourite industry, but there are chinks of light and hope – it’s just a case of looking harder.

TV Priest’s tale is almost one by the fairies: four childhood friends (vocalist Charlie Drinkwater, guitarist Alex Sprogis, bassist and keys player Nic Bueth, and drummer Ed Kelland) start a band which fizzles out for unremarkable reasons, with each member going off to live their respective lives.

With their sound eventually becoming more and more acceptable, the friends gravitate first towards each other then the rehearsal room, and put on a gig for their loved ones. Now, over a year on, they are signed to legendary label Sub Pop and releasing their debut album, still only with one gig under their belt.

It’s the sort of story that plays well on The X Factor but rarely happens in alternative music. However, good backstories don’t equal good music, so what of the album itself?

Getting this immediately out of the way; yes, there are justifiable comparisons to Idles. The band are in their 30s and fronted by a beanie-hat wearing singer whose lyrical observations hold few prisoners. In our recent interview, Charlie was honest enough to acknowledge that Joe Talbot and co. have kicked the doors open for this style of music.

But where the Bristol band deliver unrestrained righteous incandescence, TV Priest’s intensity comes from their incessance. Post-punk is an applicable term (boys with guitars), but there is an industrial, metallic quality that owes more to Kraftwerk than Wire.

Not only that, but this is an album capable of surprising. Opening with four slabs of motorik-driven managed chaos, TV Priest have no qualms about grabbing the listener where it hurts. The gnarly guitar on The Big Curve is backed by solid and constant percussion, and ‘this could be the first day of the rest of your life’ is as good an attention-grabbing salvo as one would hope for.

Bueth goes new wave for current single Press Gang, ostensibly a diatribe about these post-truth times, but actually informed by Drinkwater’s grandfather who was right in the middle of Fleet Street’s glory days, while Leg Room wryly takes the entertainment industry to task (‘I’m in love with James Corden’s Carpool Karaoke’). So far, so solid.

Then we hit track four. Journal Of A Plague Year may seem prescient, but was recorded (like the rest of the album) back in the heady days of 2019, influenced by Daniel Defoe’s 17th century book, an account of living in London as the great plague hit.

The line, ‘and the new normal sets in’, hits harder than the snappy drums and seesaw bass could hope to. As if aware that the song is perhaps too much, TV Priest hit the breaks and we get an ethereal, ambient interlude (History Week), and from this point on it’s apparent that there are hidden depths to the band which point to an interesting future.

But the future can wait a little while longer. Largely, Uppers is about the here and now; Decoration takes a swipe at instant fame like a ragged Bloc Party, while Slideshow has a chorus which has the makings of an indie dancefloor staple.

Fathers And Sons rumbles menacingly with angular Gang Of Four guitars which are obvious but welcome, and the synths on This Island add stardust to an impressively urgent tempo which, combined with its subject matter (which shouldn’t take too long to work out), ensures it stands out from the noise.

Having taken one step back, TV Priest take two forward with closer Saintless, which burns slowly over its seven minutes but never wastes a second as Drinkwater recalls his wife’s experiences of childbirth and the surrounding trauma. Less claustrophobic than much else on the record, it’s a good sign that the band have aspirations higher than the pigeon-hole of post-punk.

To say more would spoil the experience of listening to the record, specifically Drinkwater’s lyrics which are more relatable as lyrics rather than prose.

With as accomplished a debut album as Uppers, one may surmise the band will be under pressure for their second gig, but no pressure will be as big as that which they impose on themselves.

It should be quite a show.