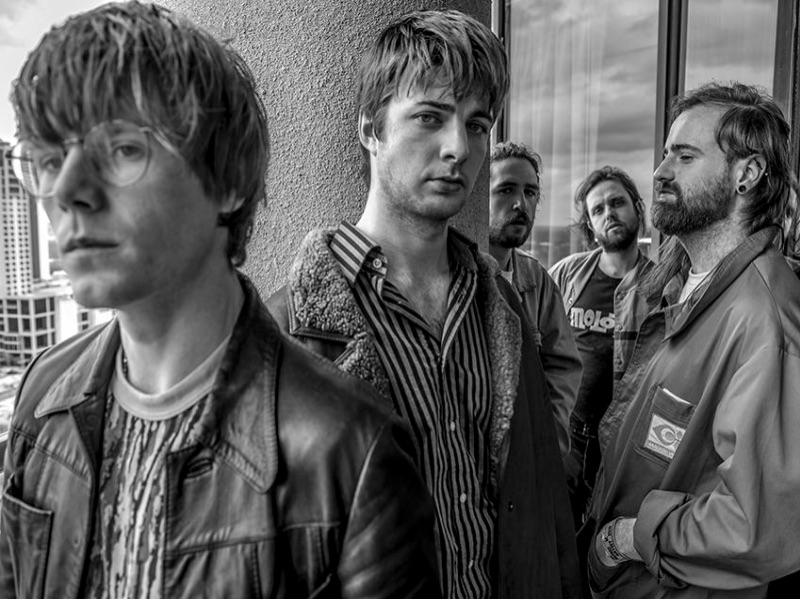 Fontaines D.C. will compete in the Best Rock category at this year’s Grammy Awards.

Fontaines D.C. made full use of one of their favourite local pubs when they were the musical guests of Jimmy Fallon yesterday.

It’s a typically enigmatic performance from the band, driven on as ever by the pounding talents of drummer Tom Coll.

A Hero’s Death was at #2 on our end-of-year tracks list for 2020, while the full record also featured prominently in our Best Albums countdown:

“A Hero’s Death might not be the record you expect, or want it to be; singer Grian Chatten has explained that its existence is a direct reaction to the success and critical backwash of their debut, a doppelganger whose origins lie in the mutual estrangement and breakdowns in their shared chemistry forced by the process of supporting it.”

“Anticipating a backlash, Chatten is unequivocal: ‘This is us…If people can’t accept it or don’t like it, then their band is gone.’”