Home
News
The Lathums, Greentea Peng on longlist for BBC’s Sound Of 2021 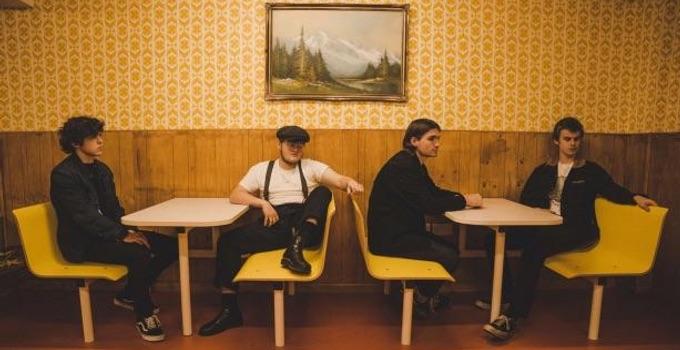 The Lathums by Sam Crowston

The Lathums will be hoping to make the Top 5 when it’s revealed in January.

The BBC has released the longlist for its Sound Of 2021, with The Lathums and Greentea Peng among those highlighted.

Also on the list are Alfie Templeman, Berwyn, Bree Runway, Dutchavelli, Girl In Red, Griff, Holly Humberstone and Pa Salieu, the overall winner set to be named at the start of next year.

Live4ever was treated to a rare slice of 2020 live performance in October when nominees The Lathums played an online-streamed gig from the Blackpool Tower:

“Impressively, the group have harnessed a sound that, despite many influences, can only be them, and they function under a timeless but faultless dynamic,” our review reads.

“Johnny and Ryan, on bass and drums respectively, hold everything together while Alex melodically swoons and soars on vocals. However, their secret weapon is Scott on lead guitar. It’s by now a lazy comparison, but it bears repeating: there is a not an insubstantial debt owed to The Smiths (Alex even enunciates like Morrissey) and that’s primarily found in the guitar playing.”

“Making it look easy, like a certain J Maher used to, all Scott Concepcion needs to do is literally kiss the sky. Apart from that, he’s well down the road of Rock God, working so well in tandem with Alex’s voice so as to be a duet between voice and strings.”

The BBC #SoundOf2021 longlist is here!