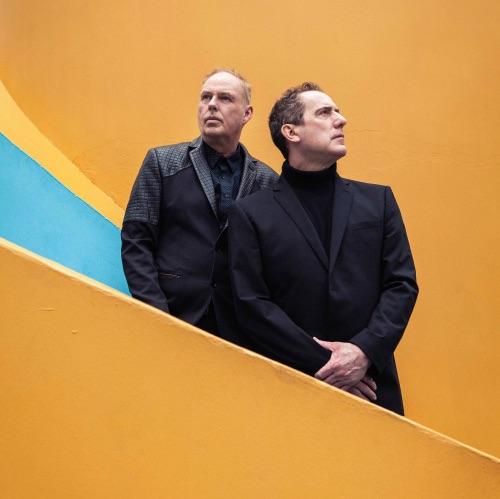 Orchestral Manoeuvres In The Dark (OMD) have added more shows to their 2021 UK tour.

The duo are hoping to resume the 40th anniversary exploits which started in 2019 throughout November next year, and have now added extra nights at the Manchester O2 Apollo on the 20th and the Liverpool Empire on the 23rd, the tour still set to open in Glasgow on the first day of that month.

“After purgatory without the oxygen of live performance to energise both artist and audience, what joy it is to know we will be able to share these moments again!,” Andy McCluskey has said.

Tags:omd, Orchestral Manoeuvres In The Dark