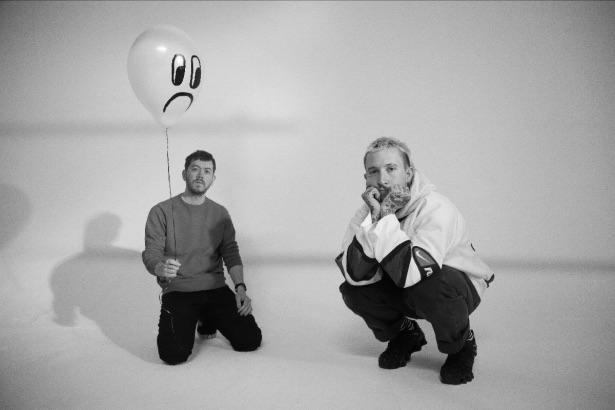 Laurie Vincent of Slaves has enlisted Idles‘ frontman Joe Talbot for his next LARRY PINK THE HUMAN track which is going to be premiered later this week.

WASTED DAYS [INBETWEENS] follows on from Might Delete Later and Love You, Bye after Vincent teamed up with producer/songwriter Jolyon Thomas for a new venture whilst Slaves takes a rest, putting his own lyrics and a different sound front and centre in the process to, ‘first and foremost explore his personal thoughts and feelings’.

“A chance to share my perspective lyrically,” he said. “The key part of LPTH is saying yes, being open, seeking growth and facing problems that seem daunting and almost insurmountable. It is a leap into the unknown, because if we never tried we would never know.”

“There is so much more of ourselves we still want to explore and achieve. LPTH spilled out of my chaos-fuelled mind during the establishment of a ‘comfortable’ life, a deep desire to turn left when everyone expects you to turn right. I feel the essence of LPTH is me truly becoming myself for the first time.”