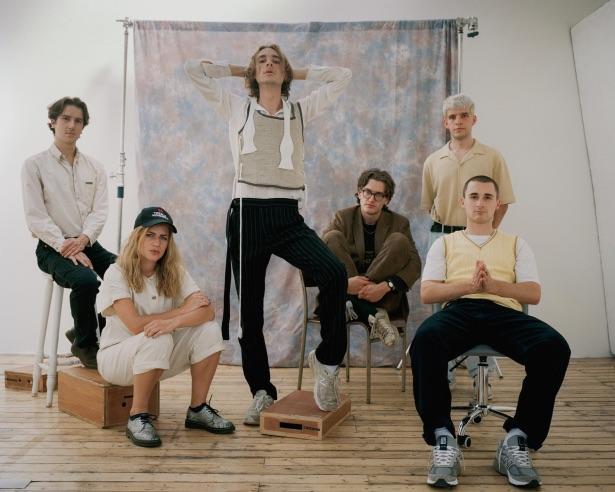 Sports Team have been on social media to fire the starting gun on their second album.

A picture of the band all rigged up in the studio points to attentions turning to the follow-up to Deep Down Happy, this year’s debut album which was recently nominated for the Mercury Prize.

“It’s in the lyrical realm where Sports Team differentiate themselves: songwriter Rob Knaggs has an observational eye like Messrs Turner and Cocker, yet unlike those two giants his experience is one as a member of the middle class rather than the working,” our 8/10 review reads.

“Though the band are surely loath to be viewed through a class prism, kudos to him for not hiding from this fact, as it’s no less valid an experience than relying on Universal Credit. Through singer Rice, Knaggs laments the boredom of chain pub The Slug & Lettuce, for example. The only real moment for pause on the album, the piano-led Long Hot Summer, contains passionate vocals and the timeless lyric: ‘There’s nothing for me in this town’.”