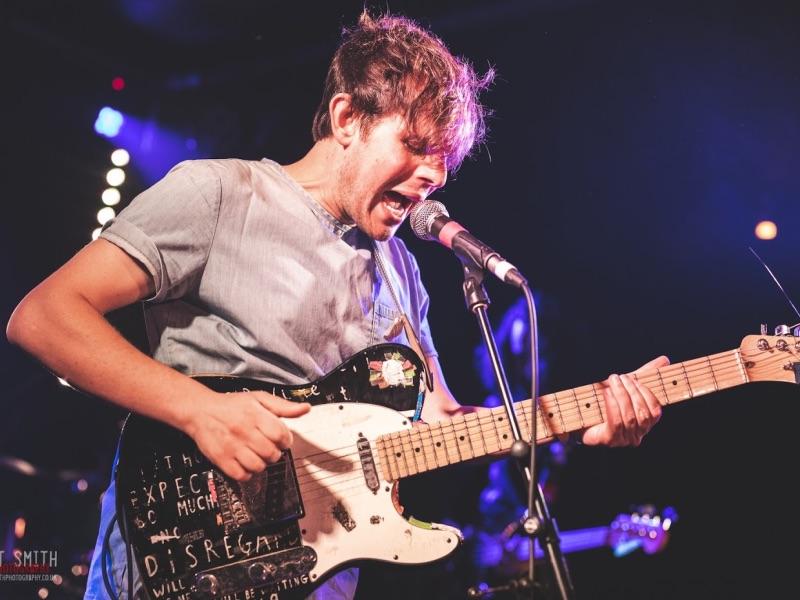 The line which sparked Little Comets‘ new single Baywatch; the bounce, hook and considered message making for an immediate welcome addition to the band’s arsenal of tracks with such traits.

“We love the way the chorus is lyrically strange yet clear in the image it paints as it emerges from a more ethereal verse,” Rob Coles has said of it. “The soundscape is also more unusual for us, and Baywatch should be a great one to play live as it has lots of energy.”

“Sharing new songs is a part of being in a band which is always really exciting,” Matt Hall added. “With everyone feeling like they’ve been cooked up and stressed for far too long, the upbeat feel of Baywatch will hopefully bring a much needed smile to people’s faces.”

Nineties’ British television certainly has its own, peculiar evocations; for this writer, it’s the smell of treacle sponge during another bewildering hour of Noel’s House Party, a show which inflicted on the UK one of the worst three minutes of pop music its Christmas chart has ever had to endure.

As Coles notes, it’s a vacuousness which stooped far below novelty pop, and which still very much lingers to this day. And yet, “The kind of person I want to be, was crystallised in 1993”: it wasn’t completely worthless after all.

On the banks of the Birmingham Canal, Little Comets have stripped back their latest single for a live acoustic version which you can watch first right here at Live4ever: