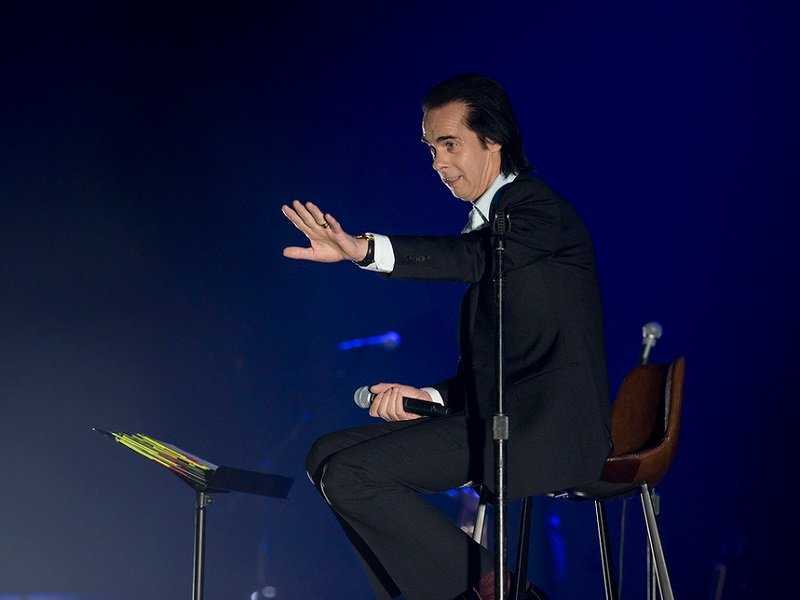 Idiot Prayer – Nick Cave Alone At Alexandra Palace is to be screened in cinemas around the world on November 5th followed by a CD, vinyl and digital release on the 20th of that month.

Nick Cave performed at the famous old London venue, deserted on this occasion, back in June, airing tracks from across his Bad Seeds and Grinderman spectrum in the presence of award winning cinematographer Robbie Ryan. “The film Idiot Prayer evolved from my Conversations With… events,” Cave explains.

“I loved playing deconstructed versions of my songs at these shows, distilling them to their essential forms. I felt I was rediscovering the songs all over again, and started to think about going into a studio and recording these reimagined versions at some stage – whenever I could find the time.”

“Then, the pandemic came – the world went into lockdown, and fell into an eerie, self-reflective silence. It was within this silence that I began to think about the idea of not only recording the songs, but also filming them. We worked with the team at Alexandra Palace – a venue I have played and love – on securing a date to film just as soon as they were allowed to re-open the building to us.”