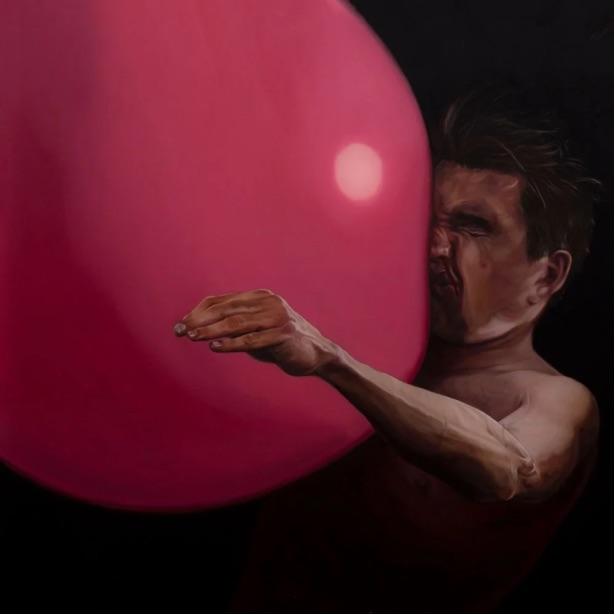 Idles could have conceivably found themselves in a quandary for their third album.

How to balance succeeding a lauded mainstream record with having a devoted ‘cult’ following? Joy As An Act Of Resistance took everyone (bar the AF Gang) by surprise; prominent on all end of year lists, as well as being nominated at the BRIT Awards and for the Mercury Prize, it was a true crossover hit covering toxic masculinity, immigration, racism and a whole of host of other uncomfortable subjects. Added to this, the five-piece continued to incrementally grow their fanbase via life-affirming gigs and festival slots.

To their immense credit, rather than chase success here Idles have doubled down on their core ingredients. Having created a sense of community not seen since The Libertines’ guerrilla gigs at the early part of the century, Ultra Mono finds them to be more of a fan’s band than ever.

Yet the big questions have just got bigger. The world has been in chaos ever since their 2017 debut album Brutalism, so it should come as no surprise that, once again, Idles are both an outlet and a conduit for pent-up rage, with the difference being that ‘pent-up’ has taken on a whole new meaning in 2020. For months now, we’ve had no choice but to watch on as these populist governments have proven to be little more than campaigners, not governors. The urge to shout ‘I told you so’ has surely never been more acutely felt, and it’s getting harder and harder to #BeKind.

More adamantly political than on either of their previous two albums, Idles have got your back and will fight beside you with a clarity of purpose from the get-go. It would be a crime against emphasis to state that War sets the scene; it’s a full throttle, ferocious Molotov cocktail of Armageddon disguised as music. It’s rock music as apocalyptic rainfall, bludgeoning us while we sado-masochistically drink it all in. Singer and lyricist Joe Talbot readily admits that his unfiltered contributions and unqualified sincerity act well as blunt instruments (indeed, that’s his strength), and in case the message isn’t received he shouts the song title repetitively, just to hammer the point home. He does the same on Anxiety, as the song gets faster and more claustrophobically frenetic, like the feeling of the title, while on the deliberately misspelled Ne Touche Pas Moi, Jehnny Beth joins the fray to bark ‘consent’ at us, returning the favour of Talbot’s appearance on To Love Is To Live earlier this year.

Like Anxiety, the joyous Mr Motivator exhibits a development in sound. The proficiency and general tightness of the song brings to mind Queens of The Stone Age, being rock music that you can dance and shimmy to. Lee Kiernan and Mark Bowen have put the work in and are now complimenting each other beautifully, with riff after slab-like riff, doing the same on the back and forth solo of Model Village. A word too for drummer Jon Beavis, who must now qualify as the loudest in rock. He does everything that’s asked of him and more. Beavis gets his moment on sprightly closer Danke, largely an instrumental which could act as the band taking their curtain call.

The life-support machine with a monstrous riff that is Grounds is Idles distilled and, while it’s a call-to-arms for those intolerant of intolerance, it’s also a shot across the bows for those who are pigeon-holed as ‘woke’; ‘Not a single thing has ever been mended, by you standing there and saying you’re offended’. It’s not just them who have to change.

The glib humour has largely gone, which is a shame but understandable. Serious times demand serious statements, and the righteous fury comes to a head on two tracks which sit side-by-side; Carcinogenic and Reigns. The former is a full-on, no-holds barred attack against austerity, climate change and public sector cuts, and drops in the non-more relevant line, ‘the lunatics have taken over the asylum’. The latter is a superior big brother, a rage against the elite with a characteristically wobbly bassline from Dev (excellent throughout) holding things together while all else descends into sci-fi rock chaos of which Muse would be proud. Whether or not that band would be asking, ‘How does feel to shag the working classes into dust?’, is another matter, although the question of, ‘How does it feel to have won the war that nobody wants?’, goes down as one of Talbot’s best-ever lyrics.

While it’s 95% abrasive rock music, there are some new frills presumably sanctioned and encouraged by Kenny Beats. Kill Them With Kindness opens with some quite beautifully tender piano (before becoming another monster with strangled guitar, obviously), while The Lover has a metallic sheen not found before. A Hymn, meanwhile, is the most progressive thing they’ve done and points to a possible future. The unearthly intro followed by chiming guitar invokes a slow-burning attack under the guise of industrial rock more familiar to fans of Nine Inch Nails. A bit more of this would have been welcome, but its uniqueness on the record only contributes to an already special song.

However, Model Village is the one moment on the album that feels slightly mis-judged. Yes, it’s a very obvious metaphor, but railing against ‘gammons in the village’ who are ‘just saluting flags cos it’s British’ does seem a line in the sand which can only fuel a perpetual culture war. Punching down (in terms of morality) is not such a good look for a band who are all about inclusivity. That said, the track itself rivals Danny Nedelko as a bona fide anthem which will not only sound monstrous live when sung by a crowd, but also when we can dance the night away in indie clubs once again. Like a juddering Franz Ferdinand covering The Rat, it’s the most polished thing they’ve done, regardless of the lyrics.

But that’s the point of Idles. Yes, Model Village may be a step too far but if it’s a mistake then so be it, no-one will judge them as harshly as themselves. They are human and feed off the (entirely correct) notion that none of us are infallible and that there’s always something to learn. There are still moments that can make one cringe, and in its unswerving conviction at maximum volume, Ultra Mono may be unlikely to win over any new converts, but by now it’s patently clear that the band will continue to be themselves, mis-steps and all, whether you like it or not.

We all err, and that’s what makes us who we are. All is still love, and they are they.