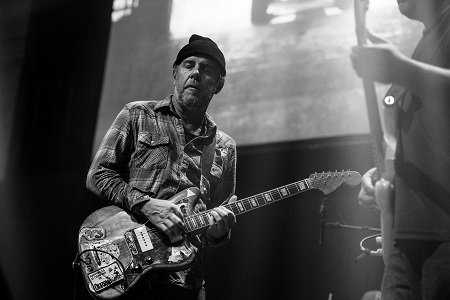 Another anniversary to make some of us feel old is approaching on November 20th.

On that date, Grandaddy will reissue a 4LP edition of their 2000 second studio album The Sophtware Slump, in a typically novel way centred around new piano versions of the tracks performed by Jason Lytle.

The hectic, budget DIY ethic which helped to make the album such a joy two decades ago has been very much revisited on these new recordings, as Lytle explains: “Because of the pandemic, all of the sudden, I was looking at a real deadline to make the damn thing. Here we go, just like the old days.”

The On A Wooden Piano version is to be released as a standalone CD and vinyl next year, but before then it’ll be part of the anniversary set along with a remastered version of the original album and rarities including the Signal To Snow Ratio and Through A Frosty Plate Glass EPs, both coming to vinyl for the first time.