Home
Future
Album Review: Jamie Webster – We Get By 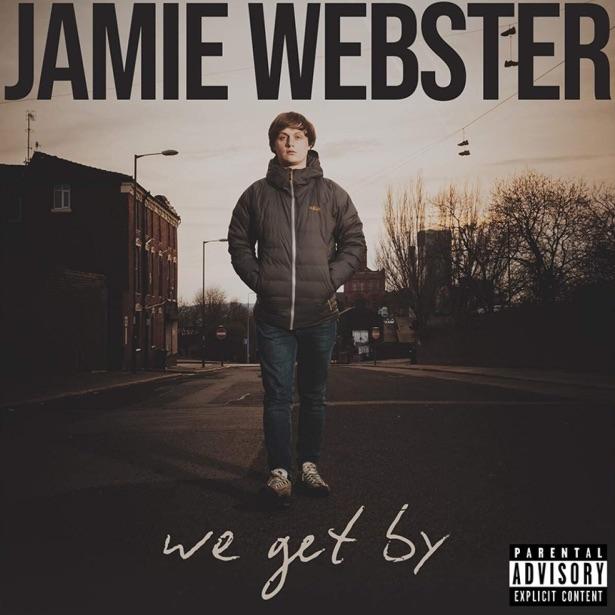 If there’s something of the busker about Jamie Webster, it’s probably more by accident than design.

Many singer-songwriters begin like that, on the pavement, staring up at uncaring suits and black-shined shoes as the notes pour out and loose change explodes into a battered instrument case. Of those that make it, few choose to honour the hard lessons.

Better still to square the Liverpudlian and former electrician in the folk tradition, but only because he chooses the least complicated ways to connect with people; a strummed guitar, some welcoming chords and a proudly accented voice, basic tools made good by joy and artistry. Whatever the story, there’s much of the past in his music, a conscious anachronism in an era when the present is constantly trying to erase itself.

Webster cuts more to the chase than his forebears though, saying We Get By, ‘documents and asks questions of the struggles, joys and escapes of everyday working-class life. A few chords, a bit of passion and a lot of the truth’. These days, that’s a hard thing to find, as fooling ourselves has become a national sport, a blight the singer lays out on opener Down The Road, its scuffed-up indie rock immediate proof that this isn’t just another street corner urchin with a grab bag of hope.

Our would-be everyman’s also astute enough to understand that the whole thing is rigged against the common man, beginning a song cycle with the words of Living For Yesterday’s man-trap of avaricious consumerism, before offering the hedonism of Weekend In Paradise as the escape route from downpours, debt and drudgery.

As he sees it though, the means to combat all of this are rooted in community, in throwing away the meaningless and cutting spite and division out of lives (advice given on the street corner yell of Change) before rescuing those who’ve slipped between the cracks and lifting them up (Out On The Street, its scouse-psych overtones handed down through generations of the city’s best like an heirloom).

Finally we reach the spot where everyone’s backs are against the wall and the only step is one forward, Something’s Gotta Give haunted by jesters here, there and everywhere, summed up with, ‘How can you tell me that this is where it’s at/When all the clowns are calling the shots/How can you sell me that this is the dream/When all the dreamers are left out to rot?’, whilst like the Titanic’s band the strings play on until the end.

Were this all not so approachable, it would be trite. Were it all not so sincere, it could be easily dismissed. But listeners will struggle to find a more heartfelt tribute to a home than This Place, the reassuring feel everyone gets whenever a front door is opened set to words, little parochialisms and love wrapped into infectious togetherness, optimism and hope.

Jamie Webster’s paid his dues and wants to make your life better. We Get By is his first chapter, but it won’t be the last.