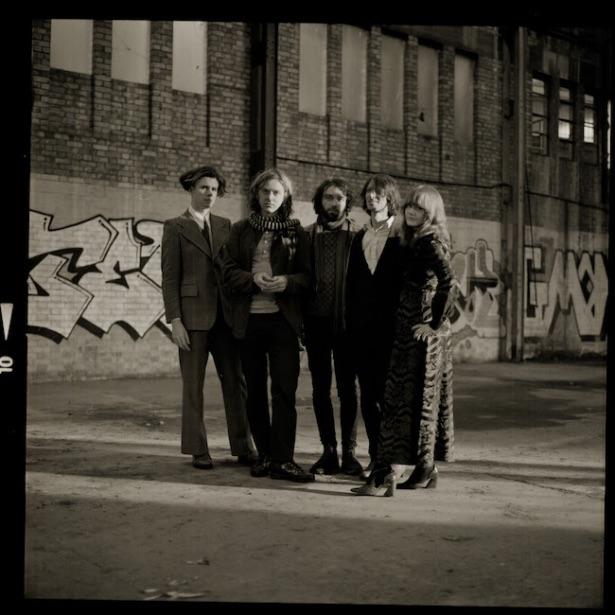 Our pick of the week’s new tracks comes from Mass Datura who will release their Wish Untitled album later this month.

Eternally Sold Separately captures the mood of an album which was, ‘recorded straight to tape in a studio in the middle of nowhere in the French countryside’, as the London-based band, started up by Canadian poet Thomas Rowe and Joseph Colkett, prepare to put out Wish Untitled on July 10th.

Leanne Roberts, Patrick Bartleet and Christy Taylor have since joined Rowe and Colkett in the band, as has Horrors guitarist Joshua Hayward, who describes the tone of the new material as, ‘nothing short of a John Carpenter movie in the making’.