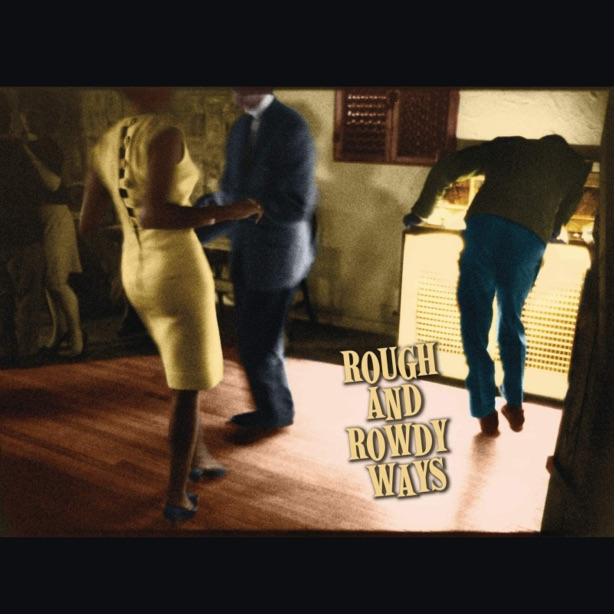 The greatest troubadour in town is back.

He also turns 80 next year. He won’t be the first of the 1960s generation to do so, but it will feel significant – albeit probably least of all to Bob Dylan himself, as he’s been ruminating about death for over twenty years.

Ever since the ‘return to form’ album Time Out Of Mind, the spectre of Father Time has been prominent in Dylan’s work. So, unsurprisingly, it plays a big part on Rough And Rowdy Ways, his 39th studio album. Yet, where he once addressed mortality, here he takes a step back and views how the world has changed and how it also repeats itself.

The best example of this is Murder Most Foul, released as a 17-minute comeback single (remarkably his first No.1 on the Billboards), the lyrics commence at the assassination of JFK (the titular murder) and thereafter become a potted history of pop culture. It’s quite an undertaking, and wisely the track is left for last on the album. As insightful as it is (and worthy of its run time), for any listeners opting to succumb to Dylan’s genius for the first time it would be off-putting.

Not that Bob Dylan has anything to prove, nor is he trying to win over new listeners. In musicianship, the songs can be broadly split in two: slight and bluesy. The latter type, such as False Prophet, rollick along pleasantly enough with varying degrees of pace and verve, complemented with full band and brass sections, covering familiar thematic territory (love, death and more direct questions about mortality). His band are intentionally restrained, almost in awe. Cymbals and drums are brushed rather than bashed, the guitars coaxed into contributing to add to the quiet, elegant vibe. But let’s face it, Dylan’s canon is not lauded for the instrumentation and, with more space given to the vocals than normal on the slower-paced moments, the lyrical prowess undergoes more scrutiny than before.

Age has not tempered his view of life. Sometimes he’s as scornful as he’s ever been: on Black Rider, he takes a sworn enemy, perhaps even mortality itself, to task (‘the size of your cock will get you nowhere’), while on Goodbye Jimmy Reed he’s rambunctious in behaviour, unbecoming of a (normal) man his age (‘transparent dress woman in a transparent dress, suits you well I must confess’). The darkly comical My Own Version Of You is literal, Dylan taking us through, step by step, a detailed list of actions as he builds a Frankenstein’s monster. Some of the imagery borders on grotesque, but it’s all done with a wink and a wry smile.

Yet what’s striking about Rough And Rowdy Ways is the honesty. No longer deeming it necessary to be oblique, Dylan is much more focused and honest whilst also directly tackling the complexities and controversies of his work, most specifically on I Contain Multitudes (‘I sing the songs of experience like William Blake, I have no apologies to make’). Placing it as track one is an effective way of putting a marker down to remind us of who he is: ‘I’m a man of contradictions, I’m a man of many moods’, he bristles, perhaps also for his own benefit.

Indeed, a healthy portion of the tracks (generally the slower numbers) are musings and observations viewed through the prism of mortality. ‘I hope the gods go easy on me’, he ponders on the near-hymnal I’ve Made Up My Mind To Give Myself To You, while on the brittle and quiet blues of Key West (Philosopher Pirate), Dylan informs us that he’s never, ‘wasted his time with an unworthy cause’.

Neither rough nor rowdy, the album is unlike much else in Bob Dylan’s canon, and for that reason alone is worth investing in. Added to this fact is Dylan’s work is never instant (and often only reveals its genius some years after release) and so demands repeated listens. It’s almost hypnotic at points, the fragility of the instrumentation beguiling the listener into a dreamy trance.

As a piece of work itself, whilst a bit more gumption wouldn’t be unwelcome, Bob Dylan continues to defy expectations and justify his revered status.