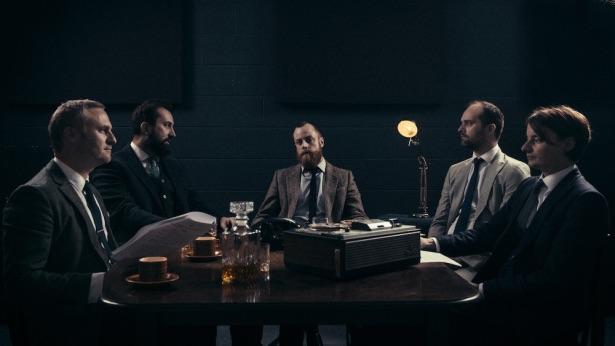 I Like Trains have premiered The Truth from their upcoming album KOMPROMAT.

“This was one of the final tracks to come together for the album,” singer David Martin explains. “It came from a list I was keeping over a number of months. I would follow the news and social media and add a line or two a day, so that it ended up plotting the news cycle over that period.”

“The amount of information we’re fed on a daily basis is enormous. Everyone is so keen to ‘break’ the news as quickly as possible that it becomes impossible to comprehend it and draw a meaningful narrative through it. How does this event connect to that one? Who gains what because this happened? Who is missing out? It’s exhausting.”

KOMPROMAT is set to become the Leeds band’s first new record in eight years when it’s released on August 21st.

A Steady Hand
Desire Is A Mess
Dig In
PRISM
Patience Is A Virtue
Man Of Conviction
New Geography
The Truth
Eyes To The Left (ft. Anika)