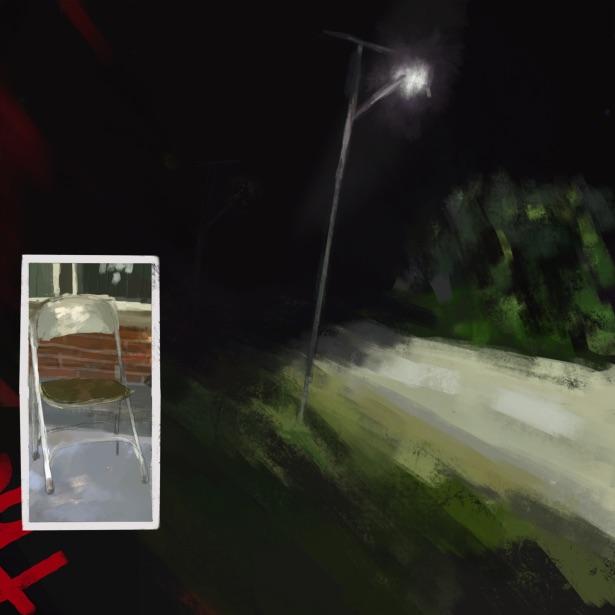 Will Toledo has heard it all before about productivity, having released a vast amount of material as Car Seat Headrest before and after getting a label deal in 2015.

It’s a catalogue which only a few could say they’re completely familiar with, but if you like you can probably skip straight to Teens Of Denial, the album on which his complicated lo-fi rock finally broke out from its chatboard niche.

The naïve might’ve advised the Virginian to let the critical acclaim stick a little, but this being the 21st century, staying still is poison to many artists. Speaking about the thought process behind Making A Door Less Open, Toldeo revealed: ‘I didn’t have any concrete ideas, beyond something that did not sound like Teens of Denial.’

As if to emphasise the deliberate break with any usable past, in recent promotional work he’s been pictured wearing a gas mask. Odd enough, but this veiled character is also now officially an alter ego called Trait, the new identity conceived via the once jokey EDM side project 1 Trait Danger and now being used as the accelerant to hotwire a radical change in direction. If repetition was never going to be a thing, then Trait, the unreal boy, has gleefully broken the CSH mould.

It’s not an easy or at times successful transition: opener Weightlifters begins with a lengthy blast of white noise that feels like the prelude to an announcement before the rippling beats and kick drum pick out a cadence which confirms that the introspection of old is just that.

Once this new horizon is established to his credit Toledo strides forward, showing his flexibility by producing two versions of Deadlines, the Hostile rendition a grungy quiet/loud workout, the Thoughtful one a winking alt-banger. Martin is trenchant indie rock and Life Worth Missing strays close to the folktronica of The National’s most recent outing.

Fresh terrain certainly, but there’s also a definite sense that the singer’s desire to teleport himself has come at the expense of a fully realised set of ideas: Hymn is a distorted, pitch shifted mess, Famous sounds like something Moby would’ve left on an old hard drive and Hollywood, with its screamed vocals and trashy, cynical aesthetic is probably a joke, but it still feels like it’s solely at the listener’s expense.

To this point the whole thing could be considered a draw, but just as the interesting diversion folder is being opened, along comes There Must Be More Than Blood to add plenty to the credit column. Admittedly, at over seven minutes long, there’s plenty of space to noodle in, but the atmosphere gradually builds into main stage headliner territory in what is easily the most ambitious statement amongst what is otherwise a clutch of almost hits and nearish misses.

You can always work harder, but sometimes you need little help from your friends, even when that friend is you. Making A Door Less Open is proud of its flaws, and if Will Toledo can’t fix them, nobody else can.