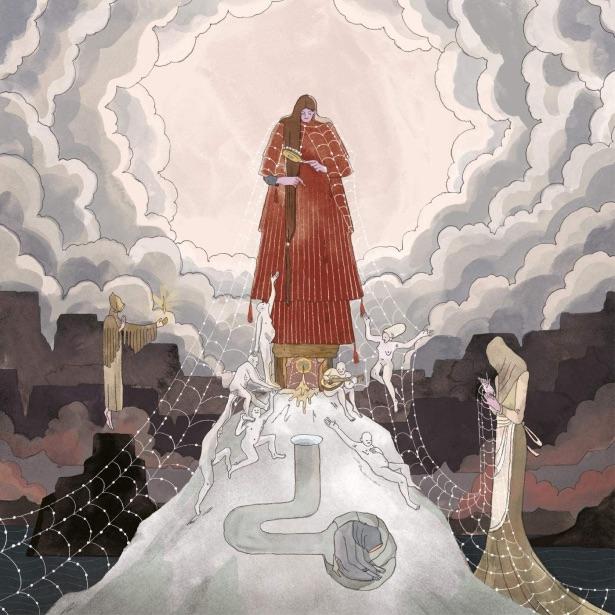 Originally members of the wonderfully named Gobble Gobble, Colin Roddick and Megan James have been operating as Purity Ring for nearly ten years, after the former began experimenting with electronic production and beat-making whilst on tour.

Their debut album Shrines was released in 2012 to acclaim, its follow-up Another Eternity sustaining their popularity. Five years on, having spent the last three years bunkering down to record it, their third album WOMB has been unveiled with all the hallmarks of their sound immediately present and correct; a combination of suffocating electronica, often macabre lyrical themes and James’ child-like vocal delivery.

Opener rubyinsides is claustrophobic, attempting to recreate the sonic texture of internal environments best signified by, well, you can probably guess. Thematically, Purity Ring have covered bodily viscera frequently, but this album has a focus on one organ specifically. Using the womb as a metaphor, the songs refer to a woman coming of age: on femia the protagonist wakes ‘in a sea of dark liquid’, and over each track the listener is asked to see things from the young woman’s perspective as she goes on to suffer heartbreak, loss and violence. It’s compelling to listen to but, unfortunately, the choice to have James’ vocals in their trademark pitch, with little deviation, ensures it’s also a grating one for that very reason.

Sonically, Roddick pushes himself; such as on the whipcrack beat of pinklighting where he accompanies slivers of synth that contrast well to the funeral sleigh bells on peacefall. Distortion and loops abound, his production more coherent with the subject matter than it has been previously, and broadly judged well. However, sometimes the intent to capture and reflect the tone of the subject matter can make the music itself less remarkable.

As a genre, dream pop often rests on its laurels, merely content to get by on sonics. At points discombobulating, at points wearing, Purity Ring thus deserve credit for pushing themselves into unchartered territory on WOMB, and in doing so redefine themselves.