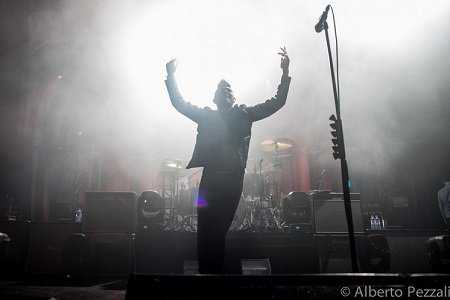 Twin Atlantic are closing in on the release of their fourth album POWER, and they’ve now posted a live performance of its Novocaine single.

Much like the previously shared take of Barcelona, this live video was recorded at the band’s own Glasgow studio where POWER was also laid down. Out on January 24th, it’s an album inspired by ‘colours, moods and memories’ according to Sam McTrusty.

“We just got into a room and started creating,” he said. “The studio as its own instrument reached a new level – we created nothing outside those walls and it became a physical embodiment of the album itself.”

“Power is our own example that there’s always a way forward when you are faced with limitations and red lights. It’s reignited our ambition and drive for what we can achieve. Hearing these songs, that’s what I feel and hear: power. And that’s what the last two years have made us feel as a band: totally empowered.”