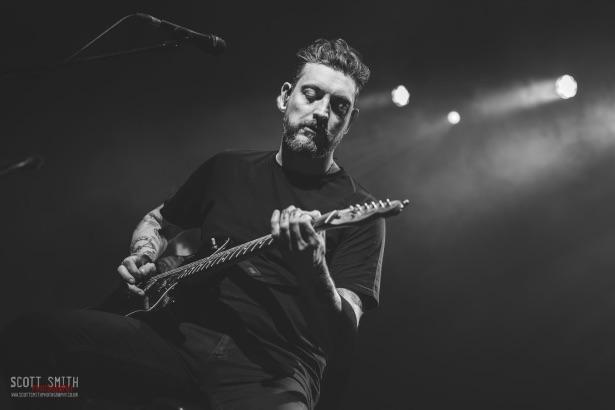 Snow Patrol performed a 45-minute set as a three-piece at the O2 Academy in Leeds on Monday night (January 13th) to help launch their recent Reworked album.

Featuring re-recorded versions of 13 tracks from their career along side three brand new tunes, Reworked celebrated the band’s 25th anniversary and followed 2018’s Wildness LP which had brought a long break to an end.

“There are many types of wildness, but I think it can be distilled into two: the wildness of the modern age, all it’s confusion, illogic and alienation and a more ancient wildness,” Gary Lightbody said of it.

“Something primal, alive and beautiful that speaks to our true connectivity, our passion, our love, our communion with nature and each other. This is the kind of wildness the album is centered around. The loss of it. Trying to reconnect with it. To remember it.”