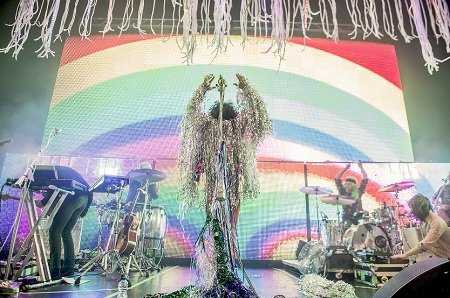 The Flaming Lips and Deap Vally have teamed up for a collaborative album which they’ll release on March 13th next year.

Deap Lips is to feature ten tracks including the lead single Hope Hell High which is streaming now. It adds to the list of collaborative releases from The Flaming Lips, while this year has also seen the King’s Mouth and, more recently, the live, anniversary version of The Soft Bulletin.

“The most Lips thing about this record however is not the gnarly high concept but that it took three and a half years for it to appear, delayed by processes which are best left guessed at,” our review reads. “A worthy reminder and a lavishly enhanced reboot, be in no doubt this is a product in its own right, not a by-the-numbers hashing driven by sentiment and contract obligations.

“If The Soft Bulletin hasn’t beamed you up into its fantasia before now, there’s no longer an excuse to keep things that way.”