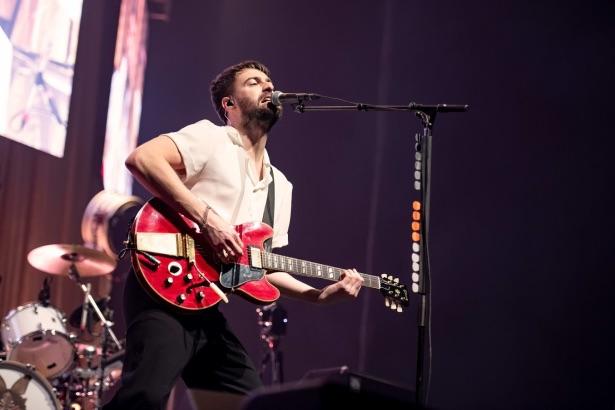 The Courteeners like a good festive celebration at the Manchester Arena, and this year was no different. The band headlined their hometown on December 14th in anticipation of the release of their next album early next year.

The band unveiled the second instalment of their collaboration with author Emma Jane Unsworth earlier this month with More. Again. Forever due on January 17th 2020, part of the ‘Better’ project which will eventually see three Courteeners videos in total being brought together on a short film based on a story written by Unsworth especially for the band.

“Honoured and privileged to work with @emjaneunsworth on this,” Liam Fray wrote on social media. “As many of you know, I’m a massive fan of acclaimed author Emma Jane Unsworth’s work so I’m especially excited to announce that when we asked Emma to write something specifically for the band, she said ‘yes’!”

“The short story she delivered – titled Better – has been made into a short film that comprises of three Courteeners music videos. The three separate parts of the story will be also available to read online to coincide with their corresponding video.”