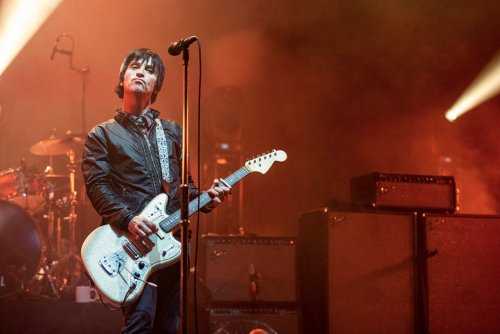 One of the earliest known recordings by Morrissey and Johnny Marr after their coming together in 1982 has been uploaded in full online.

Snippets of the pair’s cover of The Cookies’ I Want A Boy For My Birthday have long been around and regarded as the first evidence of Morrissey and Marr recording as The Smiths, but for the first time it’s been made available in its entirety thanks to Dale Hibbert.

As Consequence Of Sound points out, journalist Simon Goddard’s book Songs That Saved Your Life goes deeper into the history of the cover:

“The earliest known surviving document in the recording history of The Smiths stems from those very first attic practice sessions with Morrissey, Marr, and Hibbert. It was for the latter’s benefit that the singer and guitarist taped a simple arrangement of ‘I Want A Boy For My Birthday,’ a 1963 B-side by New York girl group The Cookies, on Marr’s TEAC machine so that Hibbert could learn the melody in preparation for The Smiths’ first demo session. The cover was Morrissey’s idea. ‘I’d never heard it before,’ says Marr, ‘but I thought, “Great, this’ll really freak ’em out!” I was really happy to encourage it.’”