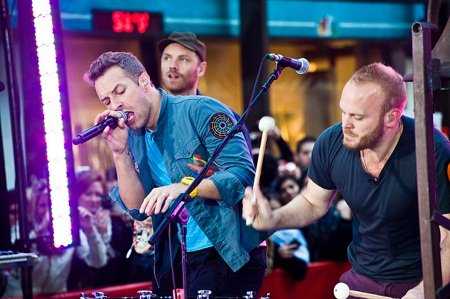 Coldplay have unveiled the video for the title-track of their new album Everyday Life.

Released last month, the album delivered Coldplay’s eighth straight UK number one, and reached the Top 10 in the US.

“Whilst Everyday Life isn’t a bonfire for the band’s old ideas, it’s clearly the work of a songwriter who still very much feels the need to prove himself again,” our review reads.

“Between these two outliers is a double album that both thrives and suffers as a result. It would’ve been truly remarkable though if the public had been deprived of some look-and-sound-great from the back row numbers – and with Champion Of The World, Church and the title-track they’re delivered, each of them in their own space, well-worn tropes that however you choose to cut it the group continue to reliably craft.”