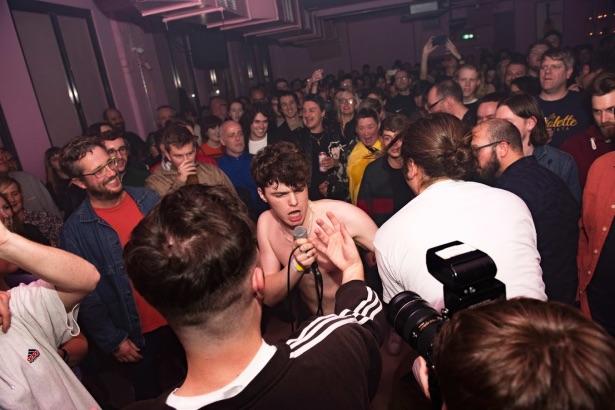 The intense Working Men’s Club live show rolled into Manchester on Saturday night for a gig at YES. Gary Mather was there for Live4ever.

The gig came with Working Men’s Club already announcing changes to the line-up which has delivered two of the outstanding singles from a new band this year – Bad Blood and Teeth: detailed by their new Heavenly Recordings label recently were the departures of founding members Jake Bogacki and Giulia Bonometti:

“Co-founders of the band Jake Bogacki and Giulia Bonometti have both moved onwards to new ventures and we would like to wish them all the best in their future endeavours,” they wrote on social media.

“Jake and Giulia played unquestionably important roles in getting the group off the ground, contributing to the debut success of ‘Bad Blood’ that aided the bands initial success, we are all excited to see where their personal visions take them.”