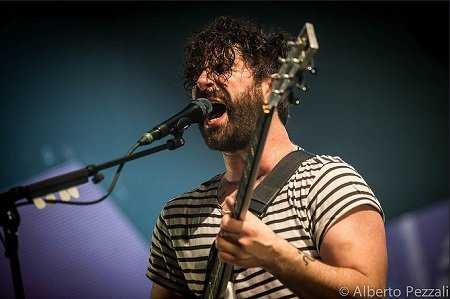 Foals have premiered their video for The Runner with Everything Not Saved Will Be Lost Part 2 set for release on October 18th.

Yannis Philippakis has previously desribed it as ‘a call to find a sense of purpose and perseverance despite the odds and despite the troubles we may find inside or outside ourselves’ as Foals prepare to release the second part of an album series which has already delivered a Mercury Prize nomination.

“What’s in plain earshot is how far their scope has grown; on Sunday they’re halfway through delivering a stand-and-deliver mini-epic before tempo jumping without warning into an epic rave, while closer I’m Done With The World (And It’s Done With Me) is a sombre ballad filled with giant sweeps of destiny and resignation,” our Part 1 review reads.

“We’re at the half way point of Everything Not Saved Will Be Lost and so – perhaps deliberately – it’s hard to judge it without the feeling of a jumped conclusion.”