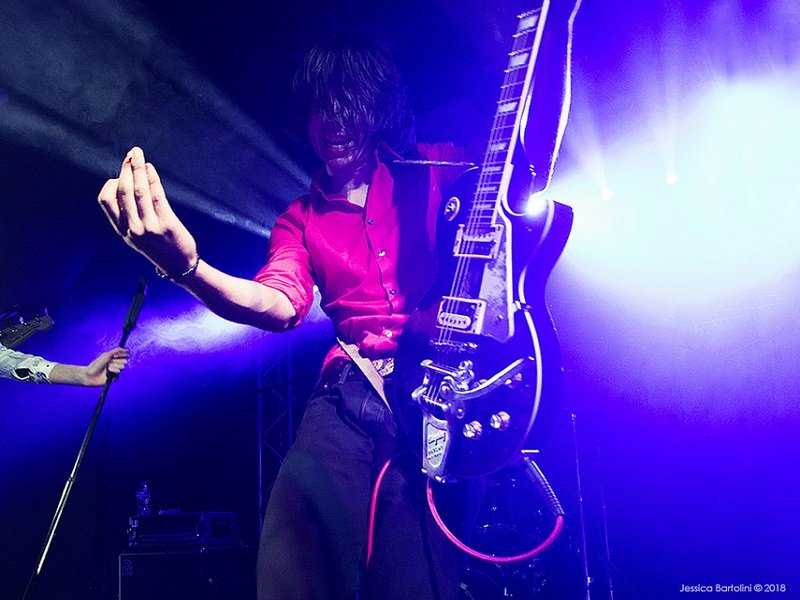 Starcrawler have a video for No More Pennies with their second album Devour You due for release on October 11th.

“We started with an archive of 16mm film that Gilbert Trejo shot with us on tour and at home over the last year,” Arrow de Wilde has said of the promo. “I was editing it together with Jonathan and we were both drawn to a lot of the shots of us around Los Angeles. So we jumped in a car, and shot the video performances around town trying to capture the feeling we get when we’re all together back in the city.”

“We had our friends with us – Gilbert, Annie Hardy (Giant Drag), Mary James, my uncle Jimmy and Jonathan’s chihuahua Earth Angel. It’s got a feeling that captures the dreaminess of the song.”

Produced by Nick Launay at Sunset Studios, de Wilde has described the new album as encapsulating ‘all the blood, sweat, bruised knees and broken fingers of a Starcrawler show’.