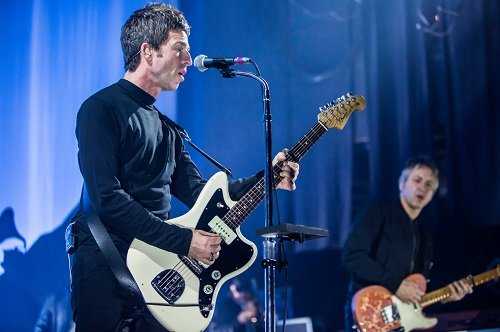 Noel Gallagher will be presented with the BMI President’s Award at this year’s BMI London Awards in recognition of his ‘influence on songwriting within the music industry’.

“Noel Gallagher is one of the most prolific songwriters of his generation,” says BMI President & CEO Mike O’Neill, who will host the ceremony at London’s Savoy Hotel on October 21st.

“His originality and authenticity have inspired musicians and fans around the world, both as the songwriting genius behind Oasis and as a solo artist.

“We’re incredibly honored to recognize Noel’s achievements and present him with the BMI President’s Award.”

Also confirmed for an award is pop singer and songwriter RAYE, who will be the first recipient of The BMI Impact Award, aimed at highlighting ‘groundbreaking artistry, creative vision and impact on the future of music’.

Noel Gallagher has released three solo albums since leaving behind the global success of Oasis in 2009. His second solo EP of the year, This Is The Place, is due later this month.