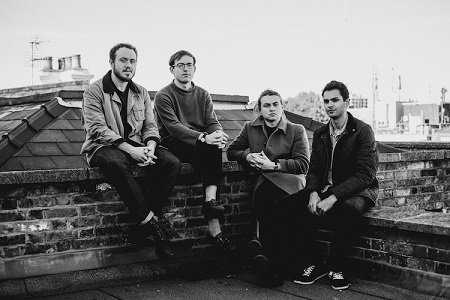 Bombay Bicycle Club have announced a brand new single entitled Eat, Sleep, Wake (Nothing But You).

Set to be premiered on BBC Radio 1 today, the track is the first from the band since they announced their return at the start of this year, and thus their first bit of new material since 2014’s So Long, See You Tomorrow proved to be the end of a prolific period of releases.

“We were initially a little rusty but also nostalgic playing songs that have been around since we were teenagers,” they upon their return. “More than anything it just felt great to be in the same room playing again. It made us realise what a good thing we have and has given us renewed energy and enthusiasm for the future.”

“The joy we were getting out of playing the old songs seemed to naturally lead us onto working on new material, so we’re becoming immersed in that as we speak.”

After making their live comeback last month, Bombay Bicycle Club also intend on marking the tenth anniversary of their debut album I Had The Blues But I Shook Them Loose, and will play UK shows for the occasion in November.