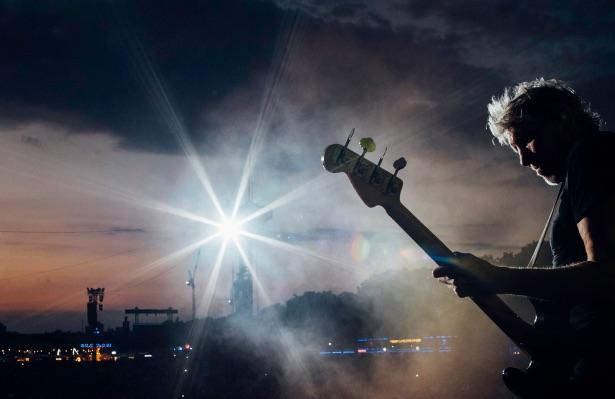 A trailer for the new Roger Waters film Us + Them has been released with the tour documentary due in cinemas on October 2nd and 6th.

The film will tell the story of Waters’ mammoth titular tour – which took in 156 shows played to 2.3M people throughout North America, Australia & New Zealand, Europe, Russia, Latin America and Mexico in during 2017/18 – via footage of the four gigs played at Amsterdam’s Ziggo Dome in June 2018. “I’m so looking forward to the launch of the movie in October,” Waters has said.

“Us + Them is not standard rock and roll fare, some in the audience may ‘yee haaaa!!!’, which is ok, but many will weep. That is what I hope for. Us + Them is a call to action.”

“Homosapiens stand at a crossroads, we can either pool our love, develop our capacity to empathise with others and act collectively for the good of our planet, or we can remain Comfortably Numb, and continue, like blind lemmings, on our current omnicidal death march towards extinction. Us + Them is a vote for love and life.”

“This is a great film – an amazing performance delivered with care, emotion and meaning,” director Sean Evans added. “Didn’t think it was possible, but I believe we’ve outdone The Wall.”