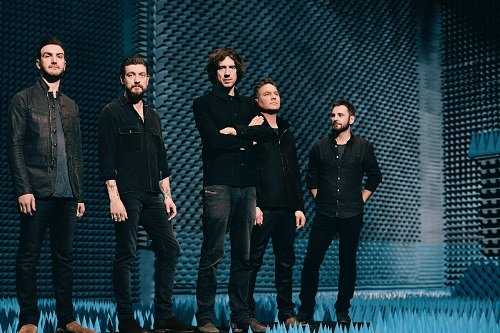 Snow Patrol‘s 2006 single Chasing Cars has been revealed as the most played song on UK radio during the 21st century thus far.

“It’s unbelievable,” the band’s frontman Gary Lightbody has told the BBC. “I’m not sure how that happened. It’s an emotionally open song and it’s a simple song. But it’s also unabashedly a love song, and we don’t really have any others.”

“The way it unifies an audience is the thing I most cherish about it. It’s a beautiful moment every time you play it.”

Second on the list is The Black Eyed Peas’ I Gotta Feeling, with Pharrell’s track Happy in third. “The lyrics for that song all came that night,” Lightbody continued. “They just came out onto the page. And that’s how I used to write – with just a flow. They would generally just sort of come out, and I wouldn’t edit, for better or worse.

“So with Chasing Cars, it was just what was happening at that moment in my life. I was in love. So it was a true, true representation of what was going on.”