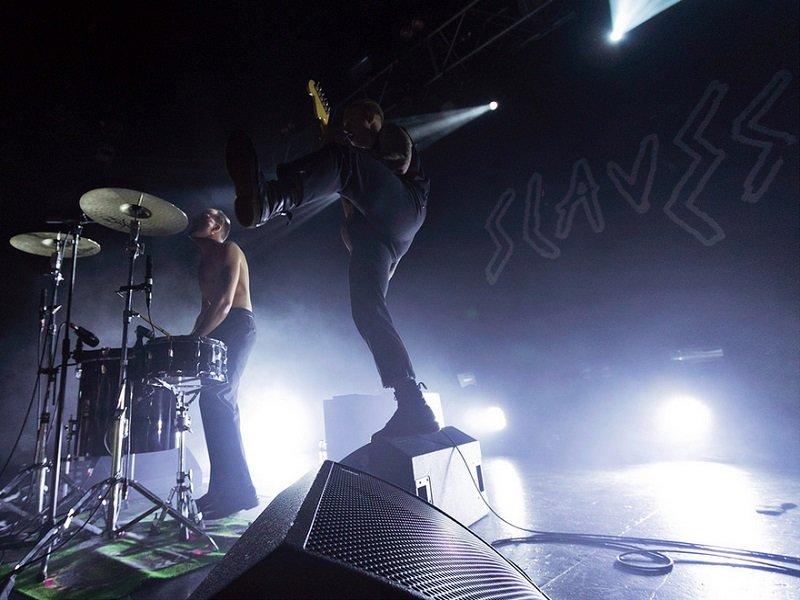 Slaves have the top spot on the current UK Vinyl Singles Chart with One More Day Won’t Hurt.

It’s the lead track from the duo’s Velvet Ditch EP, which followed up last year’s Acts Of Fear And Love album on July 18th. At #2 with another high new entry is The Spitfires’ Enough Is Enough, while Boys Keep Swinging from David Bowie remains in the Top 10 for another week.

Reflecting the surge in popularity of the traditional format, dedicated vinyl album and singles charts were launched by the Official Charts Company in 2016 with the singles chart compiled from sales of 7″ and 12″ records.