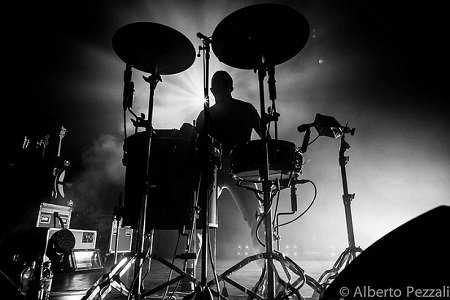 Slaves have added two more London ULU shows to their December UK tour, bringing the total number at the venue that month to five.

These new dates will occur before the original run between December 12th-14th and are booked for December 5th and 6th to open the tour. Laurie and Isaac also have shows at the Brighton Dome, Warrington Parr Hall and Queen Margaret Union in Glasgow after releasing their new EP The Velvet Ditch on July 18th.

Earlier, on September 7th, they headline their own curated day at Wheels And Fins Festival in Kent, and are due to appear on the Foo Fighters bill at Summer Sessions in Glasgow on August 17th.