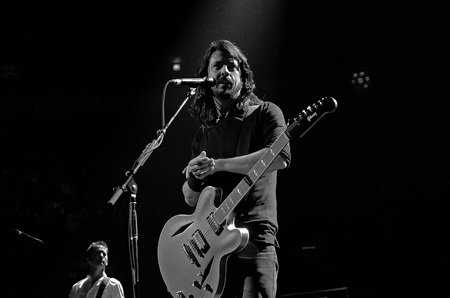 The 2019 edition of Reading Festival has sold out with a month to go before the August bank holiday party gets underway again.

Topping festivities this year are Foo Fighters, The 1975, Twenty One Pilots and Post Malone, with a supporting cast across the weekend coming from the likes of Billie Eilish, Bastille, Charli XCX, Dave, Frank Carter & The Rattlesnakes, Machine Gun Kelly, Pale Waves and Royal Blood.

The line-up for this year’s BBC Music Introducing Stage is also sorted and is led by Marsicans who were active just recently with the Little Things single. “Little Things is a song about the little things in life that keep you going,” bassist/vocalist Rob Brander said of it.

“It began in rehearsal when James played us a frenetic guitar riff, accompanied by a lyric about being ‘lost in the bread aisle’.”

“We didn’t worry too much about structure, letting the energy in the room dictate where we should take the song next. We ended up with lots of twists and turns – and quite a lot of grit in places.”