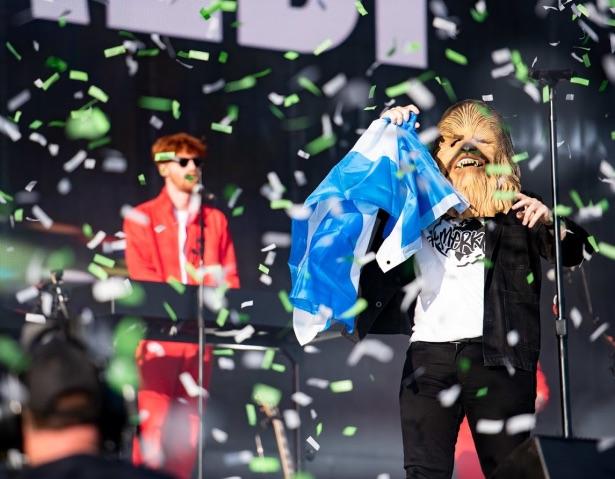 Our next gallery from the 2019 TRNSMT Festival features Lewis Capaldi, Chewbacca mask and all, performing on the main stage yesterday immediately before headliner George Ezra. Gary Mather has the photos for Live4ever.

With his debut solo album Divinely Uninspired To A Hellish Extent back at number one on the UK charts, Capaldi will play the first of two summer shows at the Open Air Theatre in Scarborough on July 20th before a winter tour of academy venues in the UK and Ireland.

March 2020 will bring some bigger dates, including two nights at his hometown’s SSE Hydro arena.