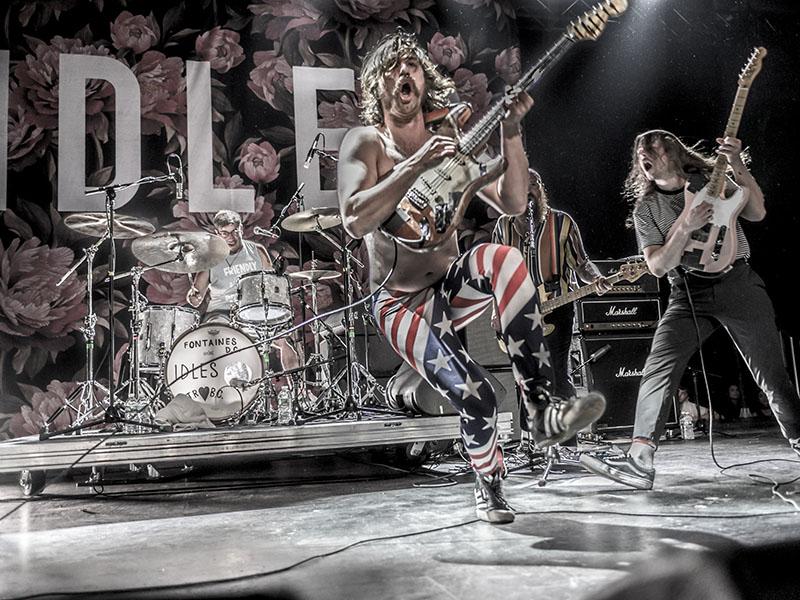 Idles have just posted a suitably brilliant video for Never Fight A Man With A Perm.

Written and directed by Al Brown with illustration from Russell Taysom and animation from Stella Belle Hex, it’s a very welcome dip back into one of the highlights from their landmark 2018 album Joy As An Act Of Resistance.

The LP has been toured extensively this year, and Live4ever was there when the band reached Brooklyn Steel in May. “Now the aforementioned Rottweiler ends the night with an extended outro that flails manically like a drunk picking a fight with a lamppost at closing time, Benzocaine earlier starts the argument in its own expertly judged stretched out form, and Man With A Perm too has a live punch harder than anything the one big neck with sausage hands could muster,” our review reads.

“As does Samaritans; it absolutely crushes upon Talbot’s defiant roar of ‘I kissed a boy and I liked it’ and is increasingly giving off the air of being their best tune.”