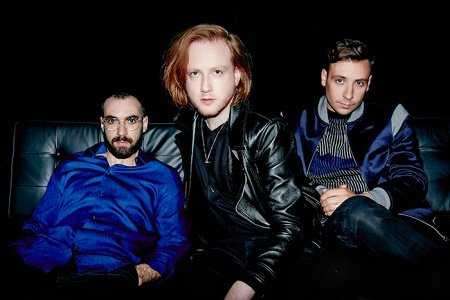 Just enough time for Two Door Cinema Club to put out another preview of their new album False Alarm before its release on Friday.

Once has been premiered with frontman Alex Trimble explaining that the key phrase ‘once in a lifetime’ ‘came out in conversation’ and he ‘started questioning what does that mean anymore?’.

In our False Alarm review, Live4ever opined, ‘Even the most perceptive and well drilled can occasionally make mistakes though, with largely anonymous opener Once crossing the line into blandness’. “Thankfully, the reverse effect also applies as the license that reaching a fourth album should allow makes for a slightly new vector on Break – more intimate and relaxed – and the pumping electroclash of Dirty Air, a provocative and sassy kiss off which seems to come out of nowhere,” it read.

“Ultimately, False Alarm is more evidence that through hard work and careful management it’s possible to keep mind, body and soul together. As a collection of moments there’s nothing – in a good way – here to really shake Two Door Cinema’s tree, but in a world full of ruthless apex predators, sometimes it’s nice to see the cuddly toys having their day.”