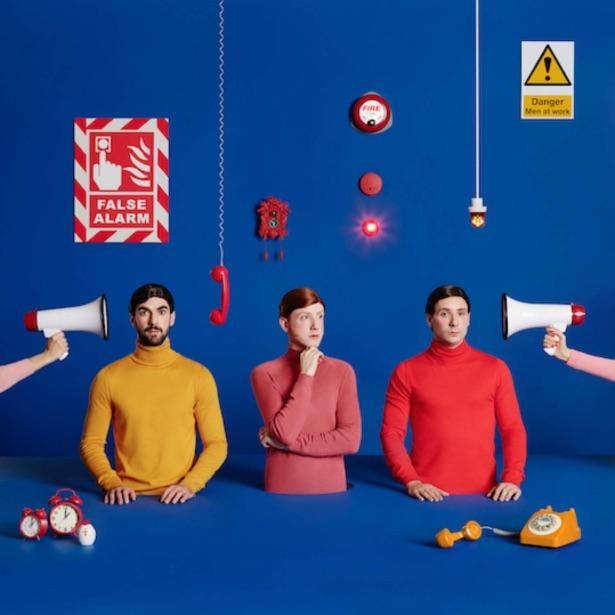 In the modern pop world there are any number of approaches to tackle the problem of how you can evolve your music when hardly anyone seems to want to pay for it anymore.

For some the temptation is to experiment, to push the boundaries of what’s associated with them (see the Arctic Monkeys), others have preferred collaborators to bring the new juice (see The National), whilst for Two Door Cinema Club the mantra has always revolved around the up or down sides of changing a winning formula.

There’s a certain bravery to this approach, but TDCC still seem as surprised as anyone else that the ruddy flush of their debut Tourist History acted as such an effective springboard into headlining festivals and selling out arenas. To sustain this success, the old cliché about perspiration versus inspiration has always been the Northern Irish trio’s plan, although singer Alex Trimble needed a lengthy break from the treadmill after the release of their sophomore effort, 2014’s Beacon.

Bold or risky depending on how you like your drinks, False Alarm has a confidence to it which comes from an understanding of, audience-wise, what’s on and off the table. Those who haven’t been keeping up will probably be the only people shocked that the afrobeat stylings of early tunes Something Good Can Work and Undercover Martyn have long been replaced by something more sophisticated – and by and large the band’s fourth album is their sleekest, most retro-indebted yet.

Not that slick of course cannot equal good, with the gentle funk of Talk and So Many People’s wistful hooks more than adequate proof of the ability for them to slug it out with the top tier of their indie-pop competition. Probably the biggest sign of progress is in the mechanics, with recording sessions in LA and London under the watchful eye of U2 and Killers producer Jacknife Lee, but on the algorithmic pleasing likes of Satisfaction Guaranteed and closer Already Gone their ability to adapt to the changing demands of industry and taste alike is under no question.

Even the most perceptive and well drilled can occasionally make mistakes though, with largely anonymous opener Once crossing the line into blandness. Thankfully, the reverse effect also applies as the license that reaching a fourth album should allow makes for a slightly new vector on Break – more intimate and relaxed – and the pumping electroclash of Dirty Air, a provocative and sassy kiss off which seems to come out of nowhere.

Ultimately, False Alarm is more evidence that through hard work and careful management it’s possible to keep mind, body and soul together. As a collection of moments there’s nothing – in a good way – here to really shake Two Door Cinema’s tree, but in a world full of ruthless apex predators, sometimes it’s nice to see the cuddly toys having their day.